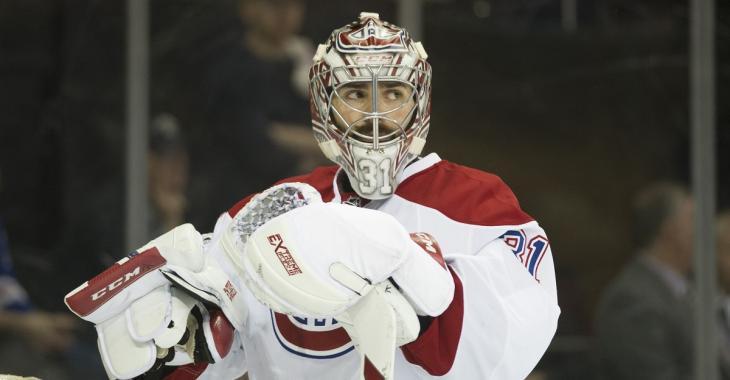 The Montreal Canadiens and their general manager Marc Bergevin made a massive calculated gamble this week when they decided not to protect franchise goaltender Carey Price in the expansion draft. Bergevin and the Canadiens appear to be counting on the fact that Price's contract, which has 5 years remaining at a cap hit of $10.5 million, and the current uncertainty surrounding his health would be enough to deter the Seattle Kraken away from using their selection on him.

Over the last 24 hours however there have been more and more indications that the Kraken are seriously contemplating picking up Carey Price in the expansion draft, even despite the latest reports regarding his injuries, and it sounds like they have been given the O.K. from upper management to make the move.

On Monday morning National Hockey League insider Frank Seravalli was a guest on TSN 1260 radio when he was asked about the current situation with Price and the Kraken. It was there that Seravalli revealed that the higher ups in the Kraken organization have approved the move, feeling that even a big gamble like the one on Price would effectively amount to a drop in the bucket when you consider the billions that have been invested thus far to get this project off the ground in Seattle.

"I'm told that as much of a gamble as it may or may not be, the business folks in the Seattle Kraken office have given them the greenlight to go ahead and make this $45 million dollar bet," said Seravalli on Monday.

"That to me is easily the biggest story headed into the expansion draft on Wednesday," added the insider.

So it is clear that money will not be a factor here for the Kraken, but it is important to remember that it may still very well be a factor for general manager Ron Francis. Francis has repeatedly made statements in which he has identified the value that cap space currently has in this flat cap era of the NHL, and it could very well be that he wishes to stay away from a $10.5 million cap hit between the pipes.

I can certainly see why the business people in Seattle would be open to the move however, Price was born relatively close to the city in British Columbia, Canada, his wife Angela Price is from Washington, Price played hockey earlier on in his career in Seattle, and he would be a marketing dream for any organization entering its first season.

Update: Since the interview this morning, Seravalli has gone on to say there is "zero doubt" the Kraken are seriously considering taking Carey Price.

Worst scenario for Brady Tkachuk...
Subscibe to
Our NEWSLETTER
Receive the best articles of the web directly in your email