A bad look for the Golden Knights. 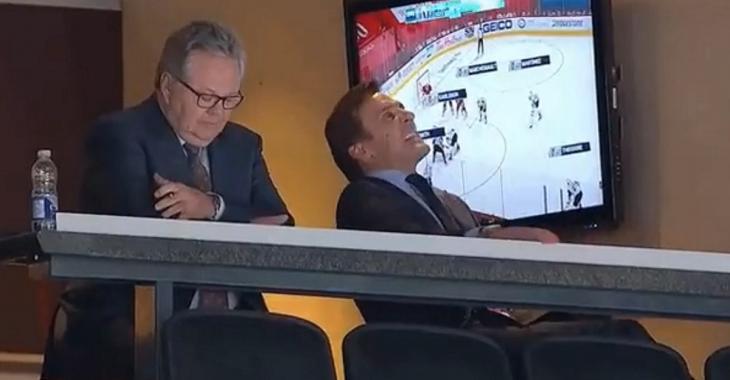 This is not a good look for the Las Vegas Golden Knights, not one bit.

According to a breaking news report from Golden Knights insider Jesse Granger, Golden Knights general manager Kelly McCrimmon has tested positive for Covid-19 and now must self isolate for the foreseeable future. This now marks the second person that is connected to this side of the Stanley Cup Semifinals to test positive for the deadly virus with of course Montreal Canadiens head coach Dominique Ducharme being the first.

This is a particularly bad look for the Golden Knights because on Friday both McCrimmon and George McPhee were caught live on camera watching the game without a mask, in direct violation of the health code mandates put in place by the Quebec government. There was even a report at the time from National Hockey League insider Renaud Lavoie that indicated the two men had been reprimanded by Bell Center security staff, something that resulted in the league also following up with them.

Here's a look at the moment where both McCrimmon and McPhee were caught on camera without their masks on, or seemingly even nearby.

Dominique Ducharme provides an update on Jeff Petry's freak injury.
Subscibe to
Our NEWSLETTER
Receive the best articles of the web directly in your email