A huge move from the Flyers on Saturday. 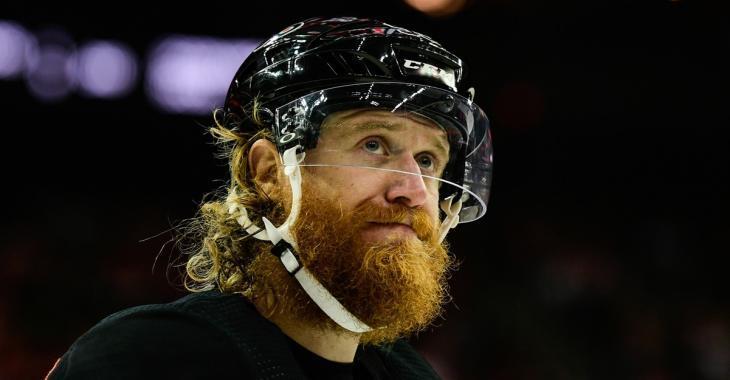 The Philadelphia Flyers have just made a huge trade.

According to multiple reports, the Flyers have sent veteran forward Jakub Voracek to the Columbus Blue Jackets in a trade during the second round of the National Hockey League Entry Draft. We don't have the full details of the deal at this time, but we are working to bring them to you so continue to check back in on this article as updates will be posted regularly.

Update #1: A report from Andy Strickland appears to confirm that veteran winger Cam Atkinson is a part of this deal. I suppose this could be a straight up one for one type of trade, but we are still awaiting more details at this time.

Thus far there has been no talk of any salary retention in this deal, a surprise considering how both of these contracts break down, but that could still yet come. Atkinson currently has 4 years remaining on his deal at a cap hit of $5.875 million per season which will translate into the Blue Jackets taking on a significant cap hit over the next 3 seasons with Voracek coming in at $8.25 million with 3 years left on his current contract.

Update #2: NHL insider Darren Dreger is reporting that this deal is in fact a straight up one for one trade.

Update #3: There will be no salary retained in this deal as per NHL insider Frank Seravalli.

Henrik Lundqvist announces he will not join the Capitals this season, NHL future is in doubt
Subscibe to
Our NEWSLETTER
Receive the best articles of the web directly in your email