A surprise move from the Flames. 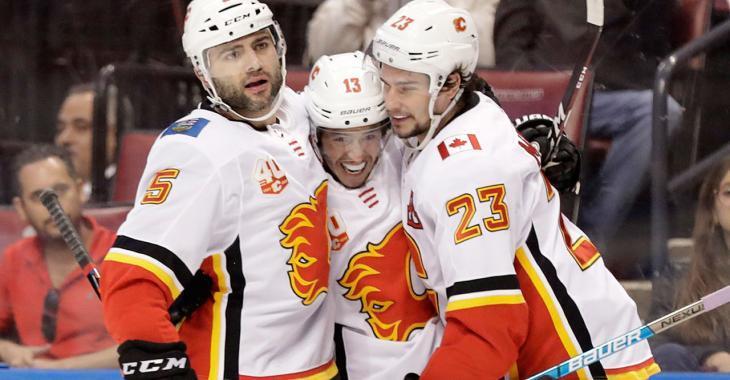 The expansion draft has forced teams to make incredibly difficult decisions over the last 24 hours and it would seem now that the Calgary Flames were among the teams that made some of those very tough choices.

We have yet to see the protected list for each and every team in the National Hockey League, but NHL insider Elliotte Friedman is now reporting that the Flames have, officially, left veteran defenseman and team captain Mark Giordano off of their protected list. That means that Giordano will be exposed to the Seattle Kraken in the expansion draft and, perhaps more importantly for the Flames, that they could lose him entirely for free.

Giordano was set to begin the final season of a 6 year deal he signed with the Flames back in 2015, and perhaps for this reason as well as the fact that he carries a cap hit of $6.75 million per season are why he ended up exposed in the draft. Giordano's cap hit is substantial enough that he wouldn't be an automatic pickup for the Kraken depending on what other pieces they are looking to add to their roster, and the fact that he will also be an unrestricted free agent after just one season could also leave them seeking someone with more long term control. It could very well be that Flames general manager Brad Treliving is gambling that Giordano will not be picked up by the Kraken, something we have seen from other general managers around the league already, but if that is indeed the case it is a risky gamble on the part of the Flames organization.

The 37 year old Giordano is coming off a 56 game season in which he recorded 9 goals and 17 assists for 26 points and finished the season with a plus minus rating of +14 over that stretch.

No word yet on what the rest of the Flames protected list will look like, and perhaps more importantly who else will end up exposed by the Flames in this draft, but we should be able to bring you that information shortly as the lists are beginning to leak out to the public.