NHL News : Breaking: Carey Price has waived his no-move for the expansion draft. 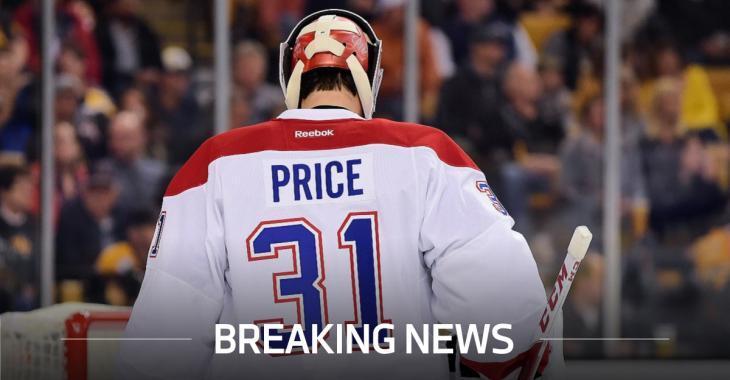 It is hard to believe that this is actually happening, but the more time passes the more it seems to be true.

Earlier tonight rumors began to leak out about the possibility of the Montreal Canadiens leaving superstar goaltender Carey Price exposed in the expansion draft. It sounded crazy at the time but it was confirmed by a bonafide National Hockey League insider who, citing multiple sources, revealed that those discussions had indeed taken place over the last 24 hours.

Discussions are one thing, now however come reports that Price has in fact waived the no movement clause in his contract in order to allow the Canadiens to expose him in the draft. That report comes from NHL insider Pierre LeBrun, who is claiming that the thought process behind this move from the Canadiens is simply not to give up their franchise player. According to LeBrun the Canadiens will instead protect veteran netminder Jake Allen, believing that the Seattle Kraken will be unwilling to take on Price's hefty contract in the expansion draft.

There's an angle here where both the Canadiens and Carey Price walk away from this happy if he is selected by the Kraken however, so perhaps it shouldn't feel like such a surprise to see Habs general manager Marc Bergevin down this route. From Bergevin's perspective the Canadiens would save a whopping $10.5 million against the cap over the next 5 seasons, a huge amount of cap space in the current flat cap era of the NHL. On the other side of that coin, Carey Price is a native of British Columbia and playing in Seattle would bring him back to the West Coast and much closer to home than he is currently with the Montreal Canadiens.

We are headed for a very exciting expansion draft.