A deal is in the works. 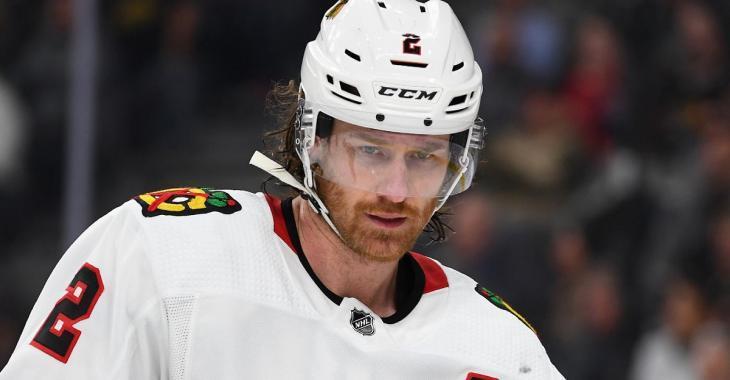 It appears we have a trade.

Although not yet official, National Hockey League insider Frank Seravalli is reporting that the Chicago Blackhawks have in fact traded veteran defenseman Duncan Keith to the Edmonton Oilers.

Going back the other way in this deal will be defenseman Caleb Jones and a "mid round pick."

Duncan Keith remains a big name in the sport of hockey but the reality is that his play has declined significantly in recent years, culminating in a 4 goal and 11 assist performance over 54 regular season games this year in which he finished with a plus minus rating of -13. Keith does of course bring a number of intangibles to the table including his wealth of experience and his frankly incredible championship pedigree, but even those are going to make it very hard for general manager Ken Holland to justify the $5.538 cap hit Keith carries for two more seasons on an Oilers team that is already dealing with salary cap concerns.

We do not have the full details yet so stay tuned for more, but as of right now this is looking like somewhat of a head scratching trade on the part of the Oilers. Fans in Edmonton are no doubt praying there will be some salary retention here from the Blackhawks.

Update: NHL insider John Shannon is reporting this deal is for Caleb Jones and a third round pick, there still as of yet has been no mention of the Blackhawks retaining any salary.

Update: Ben Pope of the Chicago Sun Times is reporting that there will be no salary retained in this deal and is calling it a fleecing on the part of the Blackhawks. I must say that I am inclined to agree here and on its surface this looks like an extremely questionable trade on the part of Ken Holland and the Oilers.