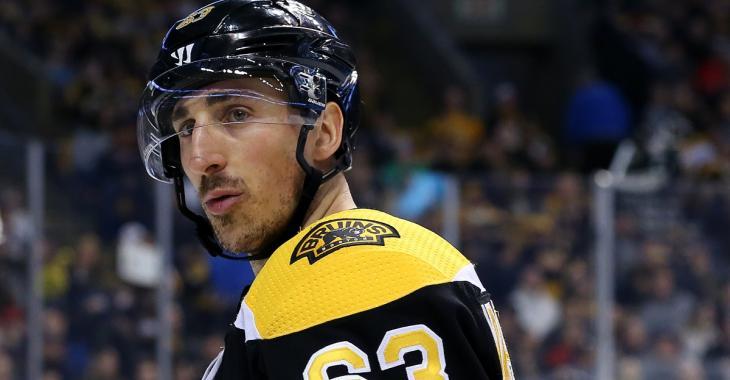 The Boston Bruins had a big scare on Saturday morning but it seems that they have avoided the worst case scenario.

With the team set to face off against the New York Islanders In Game 4 of their second round series in the Stanley Cup Playoffs, the Bruins saw one of their most important players limping off the ice after their morning skate. That player was none other than Game 3 overtime hero Brad Marchand and although it was Marchand who led the stretches on Saturday, he was favoring his right foot by the time it was all said and done and was spotted limping back to the Bruins locker room.

Although there is no question that Marchand was hurt in some way given that he hobbled his way back to the locker room, it seems as though whatever ails him will not prevent him from showing up for Game 4. Bruins insider Fluto Shinzawa of the Boston Globe is now reporting that Marchand will be available for the Bruins tonight as they look to take a stranglehold on their series against the aforementioned Islanders.

No word on what type of injury Marchand suffered during the morning skate but it will no doubt be something worth monitoring throughout the game tonight should Marchand appear limited on the ice in any way as a result of the injury.