This is all a bit much. 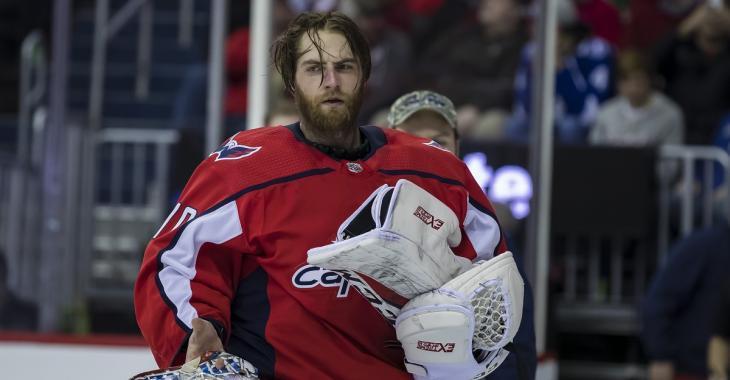 What was intended to be a respectful gesture on the part of newly signed Vancouver Canucks goaltender Braden Holtby has turned into an entire fiasco that I think does far more harm than good, and through no fault of Holtby's.

The veteran goaltender caused some controversy this week, again through no fault of his own, when a brand new mask that he had commissioned was published online by the artist, Dave Gunnarsson. Gunnarsson has produced work for several goaltenders in the National Hockey League and is arguably the best in the business at what he does, and his latest work on the Holtby mask was truly a beautiful piece of art.

The mask was meant to pay tribute to Northwestern Canadian Indigenous myths, resulting in "Thunderbird" being featured prominently on Holtby's mask. What's incredible here is that not only was Holtby's mask meant as a tribute to those myths, but Thunderbird often found himself at odds with "Whale" another character from the indigenous myth, rather fitting for a goalie who just joined a team that has prominently featured an orca as a part of its branding.

Unfortunately not everyone feels the same way.

"When we see the mask, although looking brilliant, one of the first questions you ask is 'who made it?'"

The implication here is clearly that no one should be allowed to create art from a culture that they are not directly descended from, and frankly I will let you make your own judgements in regards to what you think of such a claim.

Even more unfortunate however is that Holtby himself has now had to come out and apologize, and anyone who knows anything about the kind of work Holtby and his family did during their time with the Capitals knows that he was again doing something with the best of intentions in his new community.

I myself had never heard the tale of Thunderbird and Whale prior to the design of this mask, and I feel now that many people will never be exposed to a wonderful culture that they otherwise could have been interested in if not for people looking for a reason to be offended.

In case you're curious what's causing all the drama, here's the helmet design:

ICYMI: Ryan Pulock's game-saving save with just 2 seconds on the clock.
Subscibe to
Our NEWSLETTER
Receive the best articles of the web directly in your email