NHL News : 'Brad Treliving has been making a lot of calls on guys.' 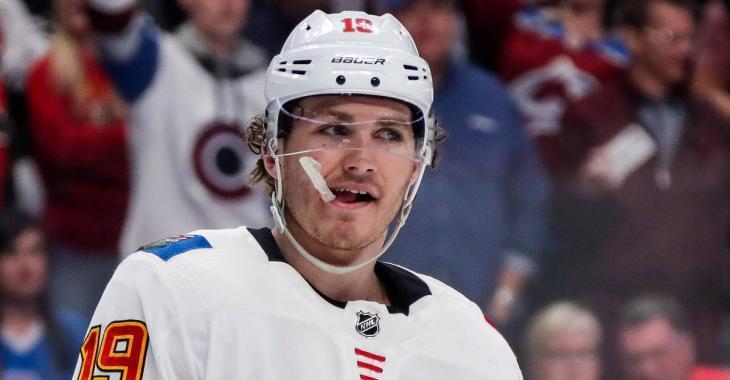 The Calgary Flames have been hearing people ask questions about their core group of players for several season now and for good reason. Although at times the Flames have looked dominant during the regular season that core group has been unable to show any level of consistency, especially not in the playoffs, and it sounds like things may have finally reached a breaking point within the organization.

National Hockey League insider Elliotte Friedman revealed on his most recent podcast that he believes there are serious problems in the locker room, problems that will lead to significant changes for the Flames.

"Those players look really frustrated," said Friedman on his most recent 31 Thoughts Podcast. "I think Tkachuk was really frustrated by what happened. That whole puck flipping thing led to a meeting that I think just sent them sideways. I think Tkachuk feels that some of the players didn't want him to create something every game and I think he's confused by that. I think he understands only how to play the game a certain way and I think he's questioning it now. "

Friedman would go on to compare them to the Nashville Predators, a team that he has previously described as one heading for some drastic changes, an indication of just how bad he believes things have gotten for Calgary.

"You know we just talked about Nashville, the core got to a point where it was just time to change it and I think they are at that point in Calgary... I just think that, that group, they are not playing for each other."

The juiciest detail of the insiders report however came when he revealed his belief that Calgary Flames general manager Brad Treliving has already started making calls, and not just about forward Sam Bennett who requested a trade earlier in the season.

"I do think Brad Treliving has been making a lot of calls on guys, not just Sam Bennett, and I think they are gonna look at it and say 'It's time to change up our group'. It's hard to do right now, cause you can't bring guys over the border, but I think they will aggressively try to change their mix and not just for now but for the future."