Marchand at it again. 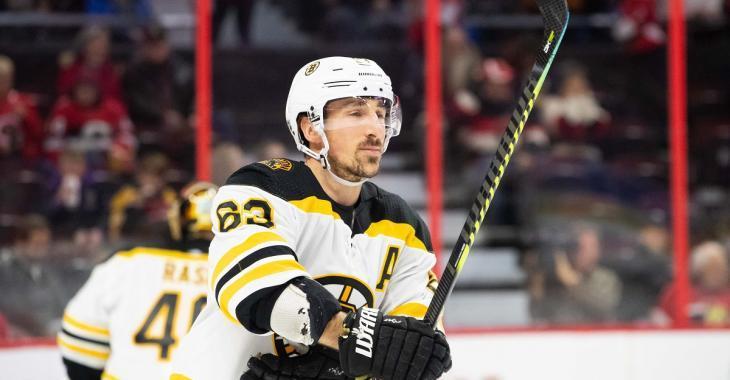 The National Hockey League's most notorious pest is at it again, this in spite of the fact that we have been deprived of hockey for quite a few weeks now.

On Saturday Boston Bruins forward Brad Marchand decided to poke a little fun at himself by publishing a photograph of arguably one of the most embarrassing moments of his career, his horribly failed shootout attempt from the 2019 - 2020 NHL regular season. I have to give it to the man not everyone would be so willing to laugh at a low point in their career, and that is exactly what he did including the caption "When you leave the house and think to yourself “I know I’m forgetting to bring something.. but what is it?”"

For at least one hockey fan however it wasn't enough for Marchand to take a dig at himself and so that fan took it upon himself to ridicule the Bruins forward even further, or at least he tired. Here's what the fan had to say to 63.

"Imagine 16,000 people watching the most embarrassing moment of your professional career. Sorry for your losing your pride in that moment, Brad", wrote the fan.

It honestly came off as a pretty mean spirited response, which he is of course entitled to give if he wants to, one that also opened the door for Marchand to fire back.

People often overlook Marchand's talents because of his reputation in the NHL, but what he does on the ice is engage in psychological warfare with his opponents and at the highest level in the sport of hockey arguably no one does it better than Marchand. Why the fan thought he would get one over on Marchand is beyond me, but the notorious agitator hit him with a scathing reply.

"imagine 16,000 people ever watching you do anything . Beat it pigeon," wrote Marchand.

Somewhat ironically given the reach of Marchand's social media there may very well be over 16,000 people who end up seeing the back and forth between Marchand and this fan. To be fair he should probably have expected something like this given that he took a shot at a man who is in many ways a professional trash talker.

17 NHL players have filed for arbitration.
Subscibe to
Our NEWSLETTER
Receive the best articles of the web directly in your email