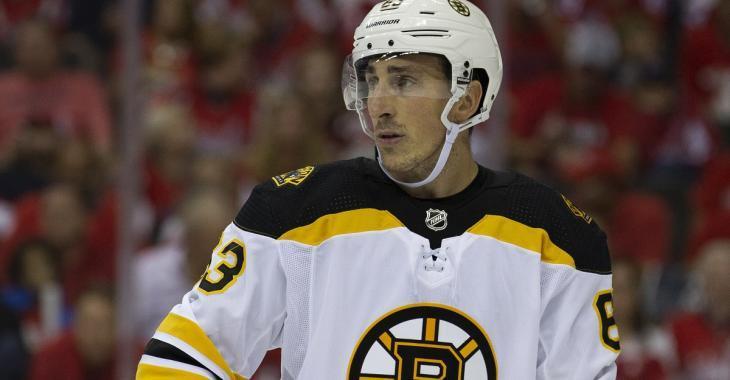 Boston Bruins forward Brad Marchand has gotten a ton of flak over the years for his antics on the ice, and rightfully so but, as he has gotten older and as he has matured during his time in the National Hockey League, Marchand has already started to show his softer side more and more.

Now a big part of me believes this has come as a result of Marchand becoming a father, but whatever the motivation for Marchand's change in attitude it was once again on full display on Saturday night ahead of Game 1 of the first round series between Marchand's Bruins and the Washington Capitals.

Although we don't have the full details of what happened as there has been no video of the incident released thus far, we do know that at some point during warmups a young Capitals fan was injured after being accidentally struck by a puck. We're not sure if the puck came from a Bruins player or a Capitals player, but regardless of where it came from it was Brad Marchand that stepped up and tried to offer the fan some consolation in the form of a pretty nice gift.

Marchand immediately went to the sidelines and requested a stick from one of the trainers on the Bruins bench, then proceeded to sign it and requested that it be brought up to a young lady in the crowd. We assume that this was the young fan that had been injured by the puck, and although she's probably too young to appreciate the magnitude of the gift she was given, the man that was with her no doubt appreciated it very much.

It was definitely something that went above and beyond the normal call of duty, especially when you consider that it was a rival fan in a rival building that was struck by the errant puck. Even though the competitive juices are no doubt running high tonight ahead of what will be a big game for both teams, Marchand found time to go out of his way to perform an act of kindness and I feel he deserves to be recognized for doing so.