The NHL's most notorious pest has a plan. 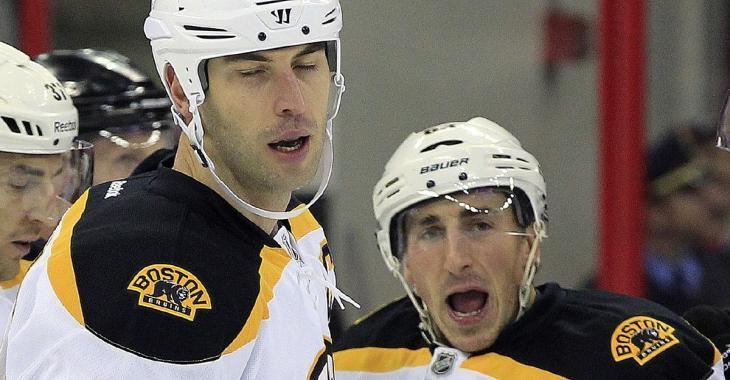 Boston Bruins forward Brad Marchand has made a name for himself in the National Hockey League thanks in large part to his rather unique ability to get under the skin of his opponents. Of course Marchand, who is a perennial 30 goal scorer, has other talents on the ice but it is his role as an agitator that has made him infamous around the league.

On Saturday though Marchand will face a rather unique challenge when it comes to his brand of hockey when he goes up against a former teammate that not many men in the league have tried to agitate. I am of course referring to former Boston Bruins captain Zdeno Chara, one of the most intimidating men in the National Hockey League both because of his physical stature and because of the respect he commands as a 23 year veteran in the league.

As you would expect given the confrontation with their former captain many members of the Bruins were asked about the meeting with Chara on Saturday, including Marchand himself. Marchand was asked how he planned to deal with his former teammate out on the ice but, rather than engaging in his usual brand of trash talk, Marchand's comments suggested that he would not dare try anything on the former Bruins big man.

Unsurprisingly there seems to be a tremendous amount of respect for Chara among the former Bruins and in Marchand's case I would expect nothing less considering he played with the man for 11 consecutive seasons, his entire NHL career prior to this current season. What remains to be seen however is whether or not Marchand will maintain that level of reverence for Chara once the puck has dropped and they clash on the ice.

Perhaps even more interesting will be the reaction from Zdeno Chara if he does become the target of some of Marchand's antics on the ice.