NHL News : Brad Marchand back on the ice despite very short pause

He wants another shot at the Cup and will do whatever it takes. 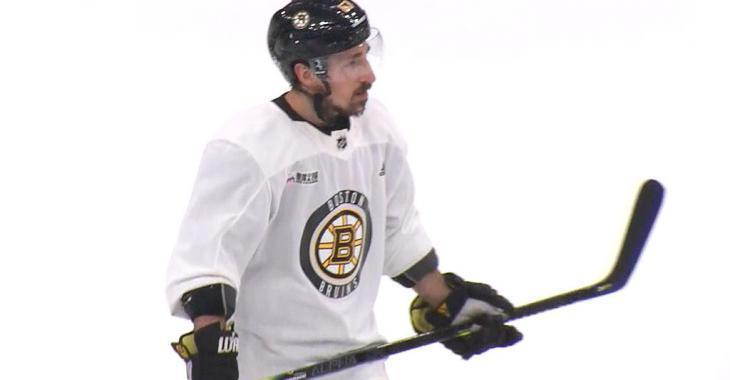 There is no doubt that Brad Marchand had an incredible season for the Boston Bruins. He finished third in National Hockey League scoring behind Edmonton’s Connor McDavid and Leon Draisaitl with 29 goals and 40 assists.

He is on top of his game or is he? It sounds like Marchand might be ready for more for 2021-22 as Joe Haggerty has had word that the gritty forward has already started training for the next campaign despite a very short pause.

The Bruins were ousted from the postseason in the second round by the New York Islanders on June 9th, and Marchand is already back on the ice, working on what needs to be done for the Bruins to be top contender for the 2021-22 season.

While Marchand can often be criticized for his questionable antics on the ice, fans will have to admit that the guy has a great work ethic.

We saw some of those questionable antics in the first round series against the Washington Capitals in May when he was taken down in a scrum and dropped Brenden Dillon with a punch to the midsection. Let’s call it what it is : Marchand punched the poor guy in the nuts!

He however proved in that same game that he is a top player, scoring 39 seconds into overtime for the Bruins, making up for two earlier penalties for post-whistle antics, one of which he got with the sneaky punch.

The Bruins’ fans will look to see how Marchand is already back at work!