NHL News : Boston reporter interviews Jarome Iginla and has no idea who he is. 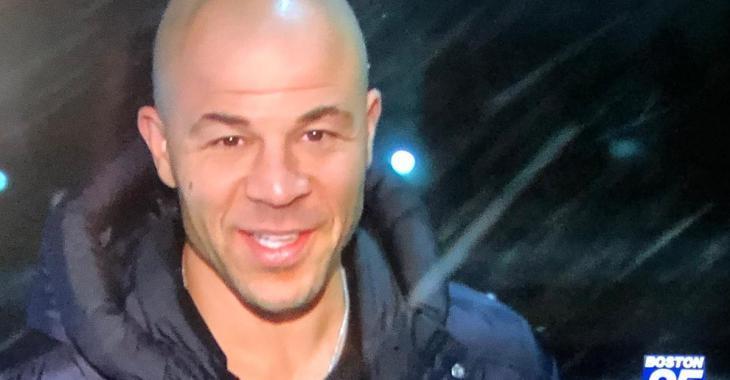 For all you hockey starved maniacs out there I've got a pretty good treat to hold you off for today in the form of a rather amusing interview out of Boston.

For us hockey fans the best players in the game reach legendary status that will make them icons and heroes in our eyes until the end of time, but it is easy to forget that of the 3 major sports in North America hockey is by far the most niche of them all. That means that at times even some of the biggest names in the sport can go unnoticed, names like that of former National Hockey League star Jarome iginla.

Now of course such incidents are much more likely to happen in the United States, where hockey is much less popular than in Canada, and that is exactly where we are taking you for this recent interview. The scene is a wintery and snowy day in Boston and reporters for Boston 25 News are looking for people to interview on the side of the road about the dangerous conditions the snow is creating, and they just so happened to stumble upon the former NHLer.

Iginla is quick to point out that as a Canadian boy he's spent his whole life dealing with this type of weather.

"We're from Canada so it's not too crazy, I mean we've got winter tires and I'm used to this growing up" said Iginla while smiling from ear to ear.

I have no doubt that, given this is the Boston area we are talking about, Iginla had a pretty good idea in the back of his mind that there would be fans that would quickly recognize him. He did after all spend a season playing for the Bruins organization, this on top of the lengthy career he had with over 1500 NHL games under his belt.

"It's not great, you've got some tough stretches, but if you don't go too fast it's doable."

The best part of the interview however may have been when the former pro hockey player hinted at the fact that he had reasons to like the snowy season.

Former Bruins and Oilers GM Peter Chiarelli is back at the helm!
Subscibe to
Our NEWSLETTER
Receive the best articles of the web directly in your email