Take a look as the Bruins coach previews what his line combinations could look like this season. 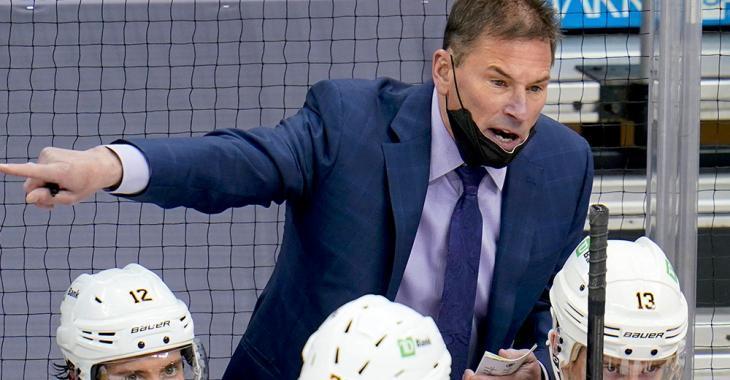 The Boston Bruins are set to begin on-ice workouts tomorrow as the team prepares for the 2021-22 NHL Season, and they'll be looking to continue their status as a force in the Eastern Conference.

So what will the new line combinations look like in the upcoming season? We shouldn't be surprised if we see Charlie Coyle step in to the 2nd line center role, and likely flanked by the likes of Hall and Craig Smith. Jack Studnicka will also get a chance to show the coaching staff what he's got.

So how about the remaining two lines?

“Probably. I think we have a good idea on most of the lines, and how they fit will be determined through training camp obviously and exhibition games,” head coach Bruce Cassidy said over Zoom on Wednesday. “Little bit of the back ends, some opportunity to move some pieces around. Obviously the goaltending is not how we started last year. There is enough change, for sure, but training camp will determine all that. I think every team, to a certain extent, goes through some level of experimenting the first 10, 12, 15 games, and we’ll be no different this year. Hopefully it squares itself away sooner rather than later because, as you know, we like to try different things as the year goes on when the team’s going well, so hopefully we can into that spot quickly.”

The Bruins will begin their exhibition schedule on Sunday against the Washington Capitals, whom they bested in Round 1 of the Stanley Cup Playoffs this past spring.

Trade Alert: Sens ship Wolanin to Kings in one for one swap

Max Domi is already in Tortorella’s doghouse!
Subscibe to
Our NEWSLETTER
Receive the best articles of the web directly in your email