NHL News : Boston Bruins announce who will wear the “A” this season

Boston Bruins announce who will wear the “A” this season

The Bruins have announced who will be wearing the “A” this season. 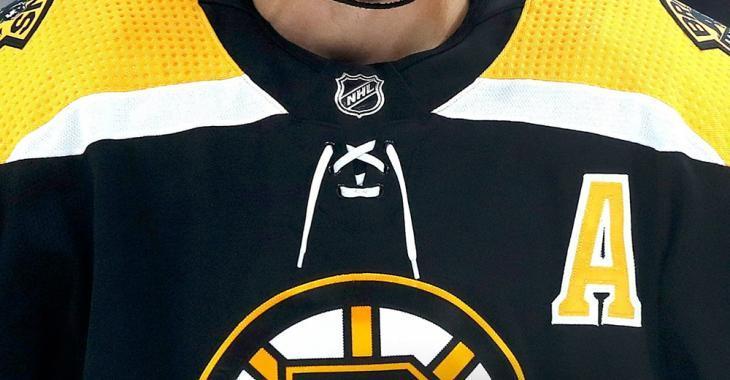 The Boston Bruins are set to begin the 2021-22 NHL Season with most of their supporting cast back from last season.

He departs Boston after having played 15 years with the Bruins, and three appearances in the Stanley Cup Finals with one title to his name. He scored 215 goals and 515 assists in 962 total games in the NHL, where he earned the reputation of being one of the League's most underrated players.

In addition to a roster spot, that also means that an alternate captain position is up for grabs. While Brad Marchand will continue wearing the "A" on his sweater, the Bruins experimented during the exhibition schedule with Charlie McAvoy, Brandon Carlo, and David Pastrnak all rotating with said letter.

And according to head coach Bruce Cassidy, that's how they'll be rolling during the regular season as well.

“We’re gonna rotate and I think it’s all situational,” the Boston Bruins bench boss explained. “If there’s an obvious one – like to me, ‘Marchy’ I think when [David] Backes had left, it was like bang, he had certainly earned it and was in a place where he could handle it – right now, I think there’s a lot of guys that could handle it, that part. It’s just we want to grow it a little bit because as I said before, I think there are different guys that can grow into that, and eventually, we’ll decide if it’s permanent or not, but right now, as I said, I think there are different guys that can handle it and should have it.”

“So in the preseason, we put an ‘A’ on different guys,” Cassidy said. [Pastrnak], Charlie and Brandon,” Cassidy explained. “Those are three younger guys that have now been here for a while. So listen, I can’t predict where they’re going to be in. …let’s assume that contract-wise and all those things that they’re here, they’re the next wave of the leaders in the core group of this team and they’re already kind of pushing their way into that group if they’re not already in it. I would say they are but the younger core I guess, let’s put it that way, and the older core, it’s more ‘Bergy’ [Bergeron], ‘Marsh’ [Marchand], and etcetera.”

Nazem Kadri hit with yet another huge suspension in the playoffs.