NHL News : Blues set to sign Hoffman to $4 million deal after convincing him to agree to PTO

The forward gets the cash nonetheless! 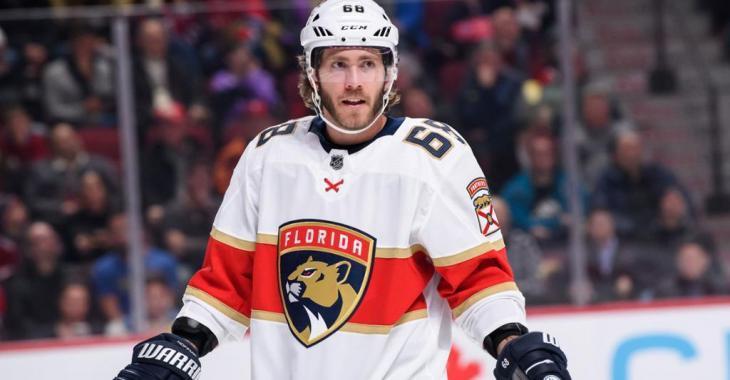 Several fans were shocked to find out that forward Mike Hoffman had agreed to a professional tryout agreement with the St. Louis Blues  on Sunday. But it does make sense, especially now that Andy Strickland of FOX Sports reports that Hoffman is expected to get a one-year, $4 million contract ahead of opening night.

The PTO is simply a precursor to him getting a contract with them for the NHL season seeing that the Blues will have the money available to get him that money after placing fellow wingers Vladimir Tarasenko and Alex Steen on the long-term injured list. St. Louis will have roughly $4 million of long-term injury relief to sign Hoffman after submitting its initial roster.

The Blues targeted Hoffman since they need help to put the puck in the net and the forward will benefit from his new line mates, the ice time, and the special teams opportunities to score in St. Louis. He is expected to compensate for Tarasenko’s absence after another shoulder operation and keep the Blues in contention in this shortened season.

Who knows : he might be able to put up 20-25 goals and manage to convince the Blues - or any other team out there - that he deserves a multi-year deal this off-season.

At first, it was believed that Hoffman was seeking much more than $4 million annually (he could get a bit more, but the Blues need to respect the cap). He was reportedly looking to get a deal with an annual value of $5.5 to $ 6.5 million per season, depending on the length of the contract. As Strickland points out, he probably would have inked that deal if the pandemic hadn’t ruined the season… and our lives, but that’s another story.

He still managed to do very well and will be able to celebrate real soon, once he moves past the PTO and inks that projected deal.

Jeff Carter announces he'll remain with the Penguins next season