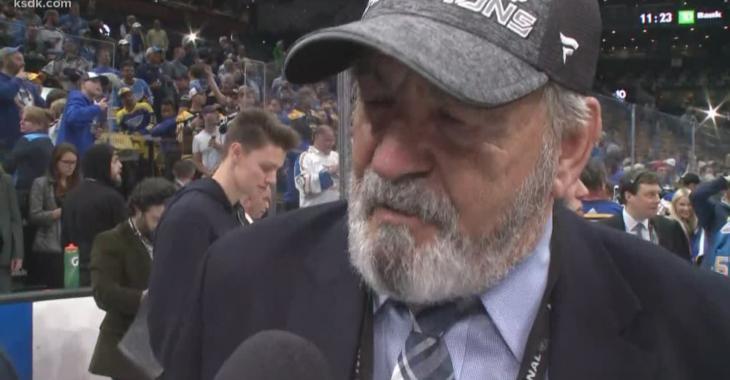 Sad news in the National Hockey League. It has been confirmed that St. Louis Blues legend Bobby Plager died Wednesday after a car crash on I-64 in St. Louis. He was 78 years old.

Plager was an original member of the Blues, joining the team as a defenseman in their inaugural season of 1967-68.

He played 11 of his 14 years in the NHL in St. Louis, scoring 20 goals and notching 121 assists as a Blue. He also served as the team’s captain for a few seasons in the 1970s. He also played for the New York Rangers, where he began his NHL career.

The Blues remembered Plager in a statement Wednesday:

“It is unimaginable to imagine the St. Louis Blues without Bob Plager. He was an original 1967 member of the St. Louis Blues, but also an original in every sense of the word. Bobby’s influence at all levels of the Blues organization was profound and everlasting, and his loss to our city will be deep. Bobby liked to say he was No. 5 in our program, but No. 1 in our hearts. Today, our hearts are broken, but one day they will be warmed again by memories of his character, humor and strong love for his family, our community, the St. Louis Blues and generations of fans who will miss him dearly. The St. Louis Blues send all of our love and support to his family, and we hope everyone will find strength knowing that Bobby got his parade.”

Plager will be remembered on the ice for his devastating hip check. He ranks seventh all-time in Blues history in games played with 615, and 10th in penalty minutes with 762.

Plager was his wish come true when he took part in the Stanley Cup parade in 2019 when the Blues were crowned champions.

He will be missed.

Oilers make uniform changes after players admit to hating one of them!
Subscibe to
Our NEWSLETTER
Receive the best articles of the web directly in your email