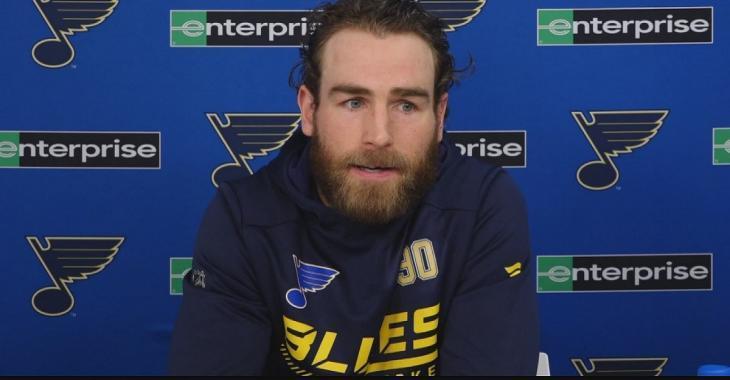 Having a good leader on your team is always important in a sport as hard nosed as that of professional hockey, but there is no time of year when that matters more than the Stanley Cup playoffs. This week St. Louis Blues captain Ryan O'Reilly stepped up to the plate in a major way when, in front of what is effectively the entire hockey world, he made a very bold prediction about his team's chances heading into the playoffs.

Although he did not use the word guarantee specifically, O'Reilly issued what appeared to be a playoff guarantee of his own when he stated flatly that his team, who are not favored to win their first round playoff series, would defeat the Colorado Avalanche in the opening round of the Stanley Cup playoffs.

"We feel good going into the playoffs," said O'Reilly when talking about his team's late season surge to make it into the toughest tournament in all of professional sports. "It's exciting for us, we know we can beat this team and do some damage here, so we're excited."

O'Reilly would even go on to elaborate on where he thinks his team holds the edge over the Avalanche when prompted to do so by reporters.

"I feel like when we're skating and we're physical, I think we give them a lot of issues," said O'Reilly. " Whether it's forecheck or defending when we play our heavy game and commit to it and put pucks in and don't feed their rush we make it tough on them and find ways to beat them. That's what we gotta do."

O'Reilly did not come off like a player that was overlooking the Avalanche by any stretch of the imagination and in fact he would go on to praise the team for the level of talent they have assembled. Almost immediately after acknowledging how good the Avalanche currently are however, O'Reilly also stated flatly that the Blues would emerge victorious in this series.

"We know that they have a lot of talent over there and that they work hard, but for us it's an exciting challenge. We're gonna have some fun and we're gonna beat them."

A bold prediction from O'Reilly, and one that he will get the chance to prove starting on Monday when these two teams face off in Game 1 of their series.