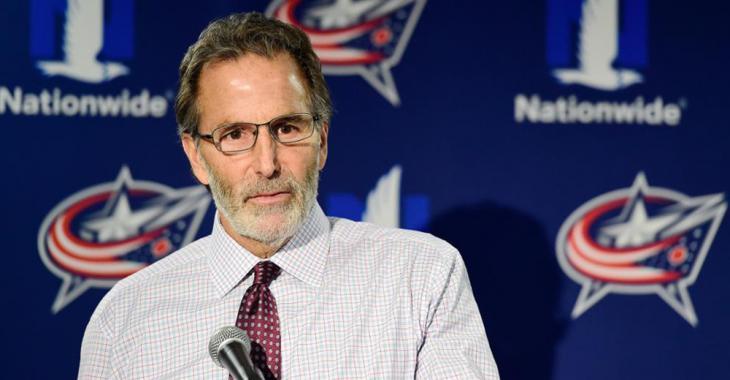 Larsen had served as Tortorella's assistant coach the past seven seasons with the Blue Jackets and is seen as one of the best young coaches in the entire NHL. Prior to joining the Blue Jackets he was head coach of the AHL's Springfield Falcons and led them to impressive 45-22-9 and 47-23-6 records in 2012-13 and 2013-14.

"We underwent an exhaustive process in which we looked very closely at a number of outstanding candidates to be the next coach of the Columbus Blue Jackets and the one individual we kept coming back to throughout was Brad Larsen," said Blue Jackets GM Jarmo Kekalainen in a prepared statement on the team's website. "Brad was one of the top young coaches in the American Hockey League when he joined our club as an assistant coach and over the past seven years has earned the respect of our players, staff and organization with his work ethic, hockey acumen and the way he treats people, and we couldn't be more pleased to introduce him as our next head coach."

"Brad understands the standard that has been set here in recent years for how we expect to play on the ice and how we represent our city and fans off the ice," said club President of Hockey Operations John Davidson in the same statement. "He shares our values and our vision for what it means to be a Blue Jacket and where we want to go as a franchise and is the right person to lead our team moving forward."

"I've been extremely proud to be a Columbus Blue Jacket and be part of this wonderful community for the past seven years, and I am humbled and honored to be the head coach of this hockey club," said Larsen. "I'd like to thank President Mr. McConnell, J.D., Jarmo and Mike Priest for the opportunity and look forward to helping this team get better every day as we work towards our goal of winning a Stanley Cup for The Fifth Line."