NHL News : Blue Jackets are closing in on a trade for Dubois! 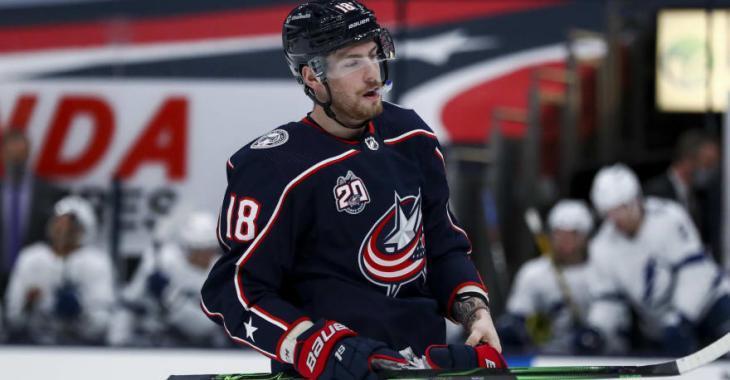 Pierre-Luc Dubois’ wish might be coming true sooner than we thought. On Friday, TSN’s Darren Dreger has reported that the Columbus Blue Jackets are closing in on a trade for Dubois.

Dreger explains that it is a complicated process, however, teams out of the running have been informed. It could be resolved as early as tomorrow.

Ever since Dubois requested a trade, the Montreal Canadiens are believed to be his preferred destination. It is believed that more than 12 teams have checked in on Dubois, many of whom have expressed significant interest in acquiring him. The Anaheim Ducks, Winnipeg Jets, Montreal Canadiens, Calgary Flames, New York Rangers, Minnesota Wild, Ottawa Senators, Buffalo Sabres, Philadelphia Flyers, Detroit Red Wings, Washington Capitals and Arizona Coyotes are among those teams interested.

While Dreger admits it is hard to say who remains a contender for Dubois' services, it is believed that the Jets are amongst them.

However, the Wild has reportedly been told they are out of the Dubois trade sweepstakes, while the Ducks are still working hard to get him.

Blue Jackets insider Aaron Portzline of The Athletic has admitted that Dubois is set to be a healthy scratch for tomorrow's contest against the Tampa Bay Lightning. This pending trade could be the reason why.

We could think it was due to his performance on Thursday when Dubois was benched by head coach John Tortorella for two full periods in his team’s 3-2 overtime loss to the Tampa Bay Lightning, after he seemed to give up on a puck battle in the offensive zone in the first period.

However, trade talks are actually heating up and the trigger could be pulled shortly.

Bettman finally opens up on NHL's plans for jersey advertising