A late offseason signing from the Blackhawks. 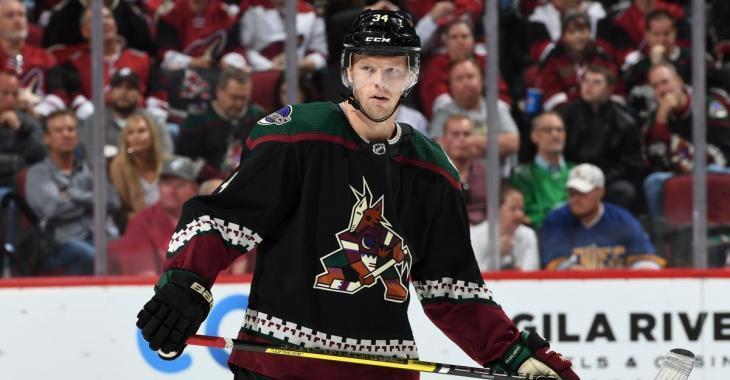 Although some general managers in the National Hockey League might take the holidays off, there were at least a few GMs who showed that they remained active despite the time of year with a few relatively minor signings announced on Saturday.

The latest comes courtesy of Chicago Blackhawks general manager Stan Bowman who, according to NHL insider Darren Dreger, signed veteran forward Carl Soderberg to a new contract. According to Dreger the deal will be a 1 year contract and comes it at an even $1 million against the cap for the Blackhawks.

This represents a serious pay cut for the 35 year old Swedish centerman as he was coming off the back of a 5 year deal signed with the Colorado Avalanche that paid him an average annual value of $4.75 million. This is both a sign of the current times in the NHL as a result of the pandemic, and also a representation of the relative decline that Soderberg has shown at this stage in his career.

Although Soderberg's seasons with the aforementioned Avalanche and the Boston Bruins are his most memorable, he is coming off a 70 game season with the Arizona Coyotes in which he recorded 17 goals and 18 assists for 35 points in the pandemic shortened regular season of 2019 - 2020. He also appeared in 9 games for the Coyotes inside of the bubble, recording 1 goal and 1 assist over that stretch of play.

Soderberg is a veteran who is best known for being a solid two way type of player in the National Hockey League and this move would appear to be a deliberate attempt on the part of Blackhawks GM Stan Bowman to help out what has been a heavily criticized Chicago Blackhawks defense over the past few seasons. Soderberg is by no means a blockbuster signing, but at this point in the offseason general managers are simply rounding out their rosters and this is a solid addition at a very respectable price on the part of the Blackhawks.

It's also worth noting that on a 1 year deal, and at such a bargain price, Soderberg will make a valuable trading chip come the trade deadline should the Blackhawks be out of contention by that point.

Controversial penalty gets called and things get worse as Isles score on ensuing power-play!
Subscibe to
Our NEWSLETTER
Receive the best articles of the web directly in your email