NHL News : Blackhawks in on Jack Eichel trade, but the price is high.

Are the Blackhawks willing to pay the price? 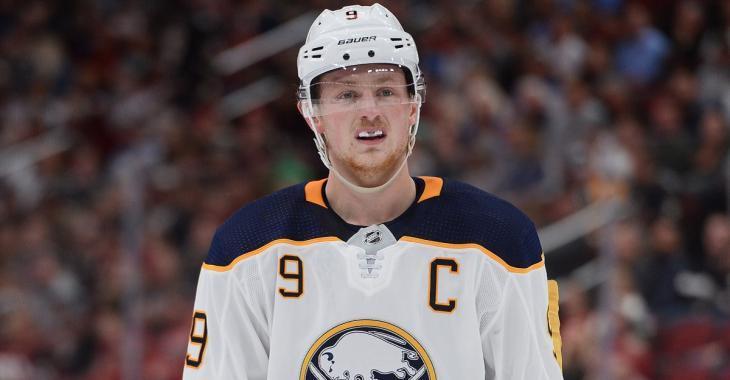 The very public spat that is ongoing between the Buffalo Sabres and star forward Jack Eichel has gotten extremely ugly in recent weeks and there is a growing sense around the National Hockey League that this dispute will end in a divorce between franchise and player. A number of teams are rumored to have shown interest in the Sabres most valuable player, teams including the Philadelphia Flyers, Minnesota Wild, Anaheim Ducks, Los Angeles Kings, New York Rangers and more, but a recent report indicates that a new contender has entered the fray.

According to a recent article published by Rangers insider Larry Brooks of the New York Post, the Chicago Blackhawks have reached out and touched base with the Sabres in order to gauge what it would take in order to pry Eichel away from them. As you would expect the price for such a transaction is going to be astronomical and Brooks reports that any deal involving Eichel would have to include young Blackhawks forward Kirby Dach. Dach has quickly become a fan favorite and would not likely be a player that fans would like to see moved in a trade deal, however if you're going after Eichel you have to be ready to pay a heavy price.

Brooks believes that the Blackhawks' first round draft selection at the upcoming 2021 National Hockey League Entry Draft would very likely also be in play, this on top of Dach being a part of the trade, and that is very significant as well. The Blackhawks are currently set to make the 11th overall pick in this year's draft which would mean that the Blackhawks would effectively be giving up two first round talents in exchange for Eichel. Dach was of course a first round pick himself, having been selected 3rd overall by the Blackhawks at the 2019 NHL Entry Draft.

Perhaps an interesting factor in this decision on the part of the Blackhawks will be the future of their own star centerman in Jonathan Toews. There has been a ton of mystery surrounding the long term health of the Blackhawks captain,and it could very well be that the Blackhawks would be far more inclined to consider such a deal if they believe that Toews will not be returning to their lineup anytime soon, or perhaps even ever. Not only would Eichel be able to fill the hole left up the middle by Toews absence moving forward, but having Toews on long term injured reserve would also free up the necessary cap space to accommodate Eichel's hefty contract onto the Blackhawks' salary cap.

As I have already stated, there are many teams rumored to be in the mix for Eichel in the offseason, so even with the ability to make such an enticing offer the Blackhawks may still be a long shot to acquire Eichel's services from the Sabres.