NHL News : Blackhawks finally get some good news thanks to Smith and Shaw updates

Let’s focus on the positive, shall we? 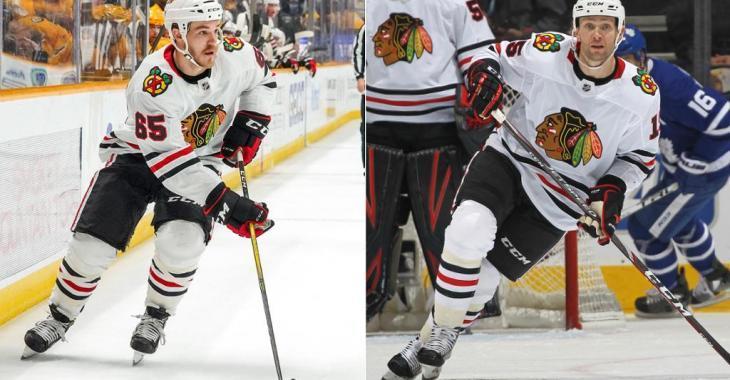 2020 ended on quite sour notes for the Chicago Blackhawks, but 2021 could have positive points. Finally.

It is with great relief that the Hawks were able to confirm on Friday that forwards Andrew Shaw and Zack Smith will be in training camp after all.

Shaw hasn’t played since Nov. 30, 2019 following a concussion, but is excited and feeling fully healthy entering camp. As for Smith, who hasn’t played since Feb. 12 due to a hand injury and back surgery a few weeks later — is also healthy and plans to be camp, his agent said Friday.

This is what the Blackhawks needed to look forward to training camp in a couple of days and the start of the season in just 12.

Chicago suffered horrible blows in the past weeks with Alex Nylander and Kirby Dach’s recent surgeries, which will keep each of them out at least four months. On top of that, Jonathan Toews’ unknown illness with no timetable has put a damper on the Hawks’ already challenging season ahead, but at least Shaw and Smith will be present.

We are not saying Shaw and Smith will replace Toews or Dach, however, their depth is looking better than what it was expected to be.

All eyes will be on Shaw, who’s struggled his entire career with concussions. He had issued a statement over the summer that he’d skip the NHL restart and playoffs in order to fully recover.

Today’s good news is something positive to focus on in Chicago.

Report: Eichel is “wanting a change, wanting out of Buffalo”
Subscibe to
Our NEWSLETTER
Receive the best articles of the web directly in your email