We hope it does not mean this is terrible news for the captain. 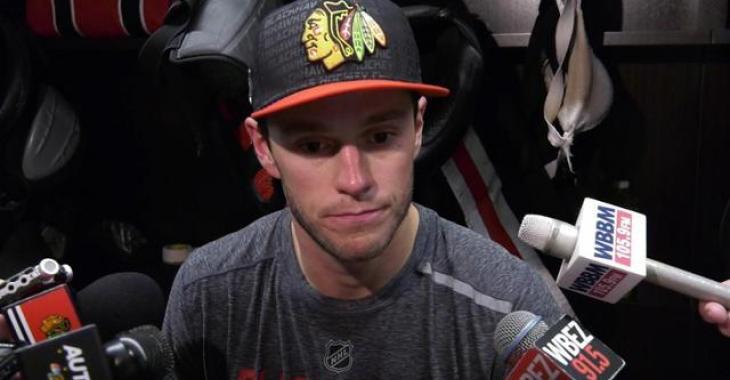 Extremely scary news came out ahead of the 2021 NHL season when Chicago Blackhawks captain Jonathan Toews announced that he couldn’t report to training camp and is out indefinitely due to a medical issue. There is no timetable for his return. This has been a terrible blow to the Hawks as their center depth has been put to the test early, with Toews out on top of top prospect Kirby Dach, who is still recovering from wrist surgery.

On Tuesday however, the Hawks came under fire as they faced accusations that they were hiding information on Toews’ health status. Following a swarms of unfounded rumors on social media that the team knew more about Toews and why he couldn’t play, the Blackhawks responded to the chatter by insisting that the circumstances of Toews’ medical absence remain the same as before.

“I don’t have any update on Jonathan,” GM Stan Bowman said per the Chicago Sun Times. “And when I say this, I mean it: It’s not like we have additional information that we’re holding back. All we know is he’s not ready to play right now.”

However, Bowman did seem to express some hope that Toews, who made the shocking announcement on Dec. 29, stating that he was experiencing symptoms leaving him “feeling drained and lethargic”, could return to action at some point.

“When he’s feeling better and ready to join the team, he’ll be back,” Bowman added. “I have no doubt, knowing Jonathan as long as I have, that when’s ready to be back, he’ll be back.

The Hawks are surely hoping this means they won’t be accused of hiding anything on their captain’s condition. People care and hope he is doing better, but they will need to trust the Blackhawks while we await some official word from the star player.