The Caps open the 2021-22 season Wednesday against the Rangers. 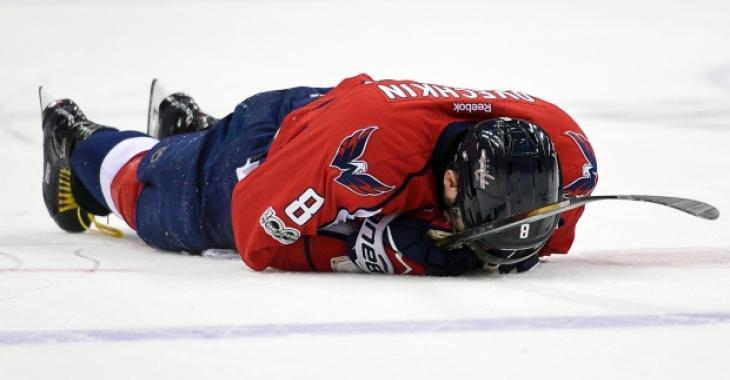 Let’s start with the positive. Washington Capitals captain Alex Ovechkin took part in an optional practice Tuesday, fired some shots and skated several laps around the ice to test his unspecified lower-body injury.

As you know, Ovechkin was injured during the Caps’ preseason finale against the Philadelphia Flyers, which he left with an apparent knee injury midway through the first period after hitting winger Travis Konecny in the offensive zone, falling down after, and shaking off his left knee.

While he is questionable for the contest, we all know how Ovechkin loves to prove us wrong and get back on the ice to get over the pain. After all, he is beginning a five-year contract 164 behind Wayne Gretzky’s career goals record. He wants to play to make that dream come true. Before missing an NHL career-high 11 games last season, including four while in NHL COVID-19 protocol and seven because of a groin injury, Ovechkin hadn’t missed more than four games in season since he was out for 10 in 2009-10.

Kicking off the season without Ovechkin would be tough for the Capitals, who are already without Nicklas Backstrom, who was placed on long-term injured reserve Tuesday because of a left hip injury. Backstrom will be required to miss at least the first 10 games but took a positive step in his recovery by skating lightly for about 20 minutes before Washington’s practice.

Ovechkin and Backstrom took part in an hilarious commercial that came out Tuesday that shows how great of a duo they are. The Capitals cannot afford to lose them both long-term.

The Capitals have already make changes to the roster for the opener against the Rangers on Wednesday:  Hendrix Lapierre , a 2020 first-round pick, is expected to make his NHL debut after earning the job to fill Backstrom’s spot in the lineup. If Ovechkin can’t go, 2019 first-rounder Connor McMichael is expected to play against NYC as well.

Rumor: Max Pacioretty to the Boston Bruins?
Subscibe to
Our NEWSLETTER
Receive the best articles of the web directly in your email