This has gotten very ugly. 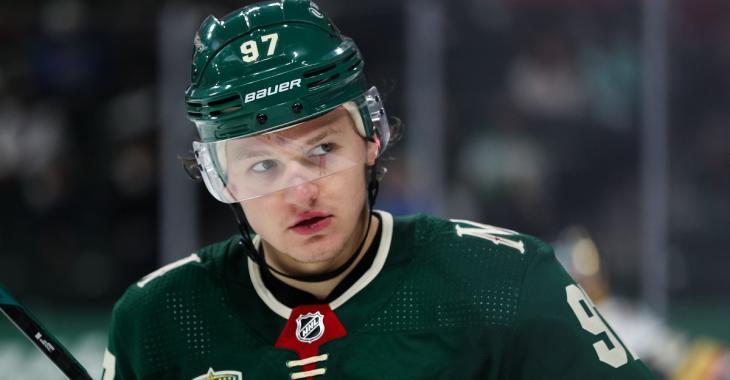 It is difficult to imagine a world in which things could have gone worse this offseason for the Minnesota Wild. Not only did the team make the very difficult decision to buyout two of their franchise players in forward Zach Parise and defenseman Ryan Suter, but their attempt to turn the page and move on to their next generation of stars has come to a screeching halt.

There still remains time to get things done but there seems to be a major roadblock when it comes to negotiating a new deal between the Wild and Calder Trophy winner Kirill Kaprizov, a player that the team no doubt viewed as the centerpiece of their franchise for the foreseeable future. It has been a frustrating experience for fans, and no doubt for Wild general manager Bill Guerin as well, especially if you believe the rumors that the Wild offered Kaprizov a max deal valued at a whopping $9 million per season.

On Sunday Guerin was asked to share his thoughts on the matter and to his credit he gave what came off like a very genuine assessment of the situation, at least from his perspective. Although Guerin would not go so far as to admit that he has been frustrated by the whole process, he did express his disappointment in how things have progressed thus far.

"I'm disappointed that we don't have him signed, but we are not the only team in this situation," said Guerin on Sunday.

Guerin is of course correct. There are a number of notable restricted free agents that have yet to sign new deals, a list that includes players like forward Brady Tkachuk of the Ottawa Senators, forward Elias Pettersson of the Vancouver Canucks and even defenseman Quinn Hughes of the Vancouver Canucks as well. Even though those players remain unsigned, I think you would be hard pressed to argue against the fact that the situation between Kaprizov and the Wild has appeared somewhat more acrimonious than the ones previously mentioned.

I may be reading too much into the second half of the comment made by Guerin here, but it sounds like the team will be prepared to move forward without Kaprizov in the lineup if necessary.

"Training camp starts next week. And when that starts, we're gonna focus on the guys we have there. This happens all the time, but we'll just move ahead," said Guerin.

If that is indeed what Guerin is saying here, it could be yet another sign that things have gotten very acrimonious between the two sides in this negotiation.

More controversy about Bruce Cassidy’s fine thanks to Tom Wilson!
Subscibe to
Our NEWSLETTER
Receive the best articles of the web directly in your email