The Wild are, wisely, not following in the Sabres' footsteps. 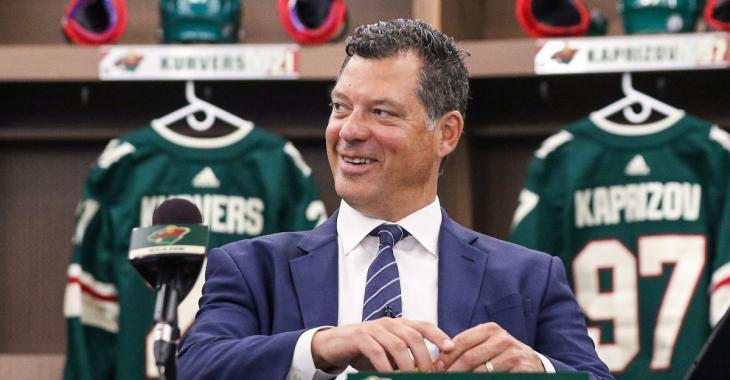 A seemingly innocent comment from the Minnesota Wild's general manager has set off a rather amusing reaction from hockey fans.

On Saturday we reported the unfortunate news that highly touted Minnesota Wild prospect Matthew Boldy had suffered a serious injury, fracturing his ankle during a preseason game on Thursday. The Wild announced that this injury would keep the former first round pick (12th overall) out for an estimated four to six weeks, but it wasn't until general manager Bill Guerin spoke to the media that news caught the attention of hockey fans even outside of Minnesota.

Guerin was speaking about the Boldy injury when he revealed that there were still some tests left to do, tests that will determine how the team and the player will move forward with treatment. Guerin also revealed that both a natural recovery and surgery were both still on the table, but that the final decision would be made by the player himself.

"It’s going to be up to him," Guerin said. "We can recommend both or one or the other, but he’s going to decide what to do."

The contrast here between how the Wild are treating their former first round pick and how the Buffalo Sabres are dealing with the high profile Jack Eichel situation is quite glaring, and it was something that hockey fans did not fail to notice. Some of the responses to the news thus far have been pretty amusing:

The comments, which were originally reported by Wild insider Mike Russo, were completely innocent. Not for a second do I believe that the Wild's general manager was intentionally taking shots at his competitors over in Buffalo, although I must admit that this is only speculation on my part as I can't actually read the man's mind.

Nonetheless there is no question that the comments have already been used to mock the Buffalo Sabres and the way they have conducted themselves, and it's not hard to see why. Both Boldy and Eichel are former first round picks and both have serious medical decisions to make that will have a significant impact on their future.

In defense of the Sabres a little here though I will say that this is where the parallels end. Eichel is a much more valuable player at this stage of both men's careers and there's no question that Eichel's disc issues are much more significant than a fractured ankle as well.

Habs finally get permission to go full capacity at Bell Centre this season!
Subscibe to
Our NEWSLETTER
Receive the best articles of the web directly in your email