Questionable moves from the Habs.

Published on Monday, April 5 2021 by HockeyFeed in NHL News 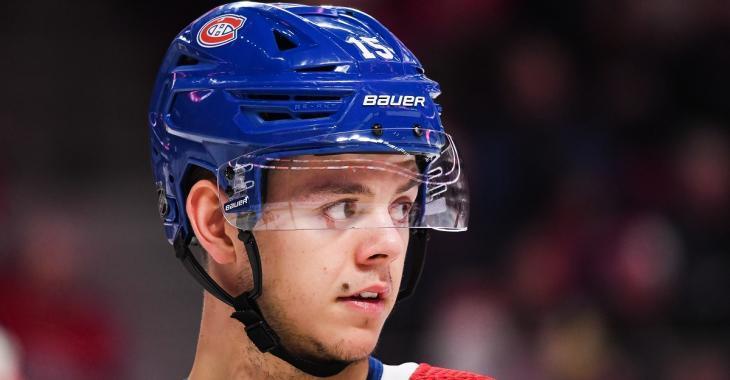 The Montreal Canadiens will be giving Eric Staal a legitimate shot at earning one of the top spots in their lineup, but it sounds like it will come at the expense of some of their current players.

On Monday morning Staal hit the ice with his new teammates for a morning skate ahead of their Monday night matchup against the Edmonton Oilers, and immediately Staal was featured in a prominent role in the lineup. For starters it looks like Staal will be centering Jonathan Drouin and Tyler Toffoli this evening which means he will get the chance to play with some talented wingers, but this appears to have led to yet another demotion for centerman Jesperi Kotkaniemi.

This means that Kotkaniemi will once again been demoted down the lineup, perhaps a sign that he has not earned the favor of interim head coach Dominic Ducharme. According to Habs insider Renaud Lavoie of TVA Sports, this has now resulted in Kotkaniemi being demoted all the way down to the team's fourth line, a role that doesn't seem particularly well suited to his skill set. As you would expect the reaction from many fans to this announcement has been confusion.

Another head scratching move from the Canadiens this morning was the decision to move Eric Staal on to the team's top power play unit. Staal was placed on the team's top power play unit on Monday, replacing forward Josh Anderson who has been nothing short of outstanding for the Canadiens since being acquired via a trade with the Columbus Blue Jackets. What makes the timing of this move even more curious is the fact that Anderson is coming off of a 2 goal performance for the Habs, something that you would expect would earn him even more time on the power play.

All this being said it may simply be that the Canadiens are looking to see what they have in Eric Staal in as short a time as possible, and are therefore giving him as much room to showcase what he still has in the tank as possible. It makes sense when you consider just how poorly his season with the Buffalo Sabres went prior to him being traded, and hopefully it hasn't rubbed any of the other players the wrong way.