After an outbreak of positive cases, the NHL clamps down. 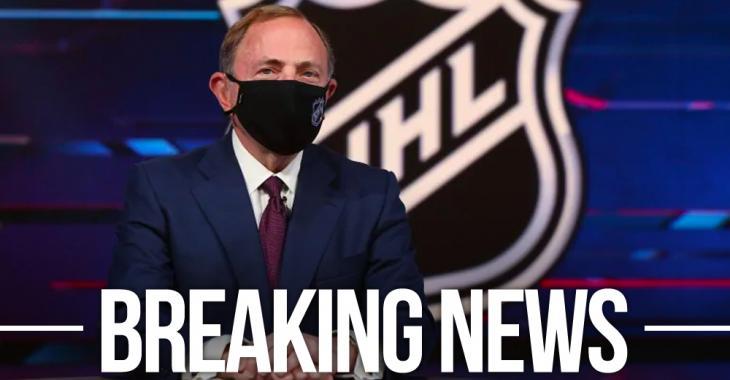 Earlier NHL insider Elliotte Friedman reported that the league was making certain changes to its arenas to help stop the spread of COVID-19 amongst teammates while in close contact.

Those changes, according to Friedman:

Now, the NHL has released its full list of changes in a statement released by league commissioner Gary Bettman.

“With about 20 percent of our season played, we are mindful of the fact that we might be seeing a more aggressive transmission of the virus and will continue to make adjustments to our Protocols as we consult on a daily basis with, and adhere to, the recommendations of our medical advisors,” NHL Commissioner Gary Bettman said. “It is important to note that, while we have seen almost 100 players enter our COVID Protocols, fewer than half have done so because of confirmed positive tests – and, among that group, many have not been symptomatic. Our priority has been and will continue to be to act conservatively with an abundance of caution, understanding that there are many things about the transmission of COVID-19 that are still being discovered. As a result, we won’t hesitate to take additional measures as indicated by what we are learning and as directed by our medical advisers.”

The full official list of changes to be implemented immediately beginning with this evening's games:

Removal of Shielding Behind the Bench: To allow for air flow to more easily move away from the benches where Players and Coaches are in close proximity to one another during games, effective today, Clubs/Arenas will remove the partitions of shielding that are behind the home and visiting team benches.

Limitation of Time at the Game Arena: In order to minimize (to the extent practical) the period of time for possible exposure and transmission of COVID-19 while Players are gathered at the arena, effective today, Players and Coaching staff are being advised, whenever practicable, to arrive at the Game arena no more than 1 hour and 45 minutes before puck drop, except to receive necessary treatment or to engage in preparations in advance of the Game. On game days (and non-game days), meetings shall be conducted virtually, to the greatest extent possible. Further, Players should leave the arena as expeditiously as possible after the conclusion of each game.

Physical Distancing in Team Spaces: In order to reduce to the extent possible the number of Players in a room at the same time, each Club shall take steps to utilize (or create where necessary) additional locker room space for the home and visiting teams, such that physical distancing of a least six (6) feet between players at each of their stalls is accomplished. Each Club shall communicate its specific plans to the League in this regard, by no later than Wednesday, February 10. The League will provide information regarding portable locker room stalls to Clubs that will be building out new space to meet this requirement.

Air Filtration and Air Cleaning: The League is considering adoption of a requirement for Clubs/Arenas to deploy portable air cleaners with HEPA behind the Player bench areas, in order to improve indoor air quality and mitigate airborne viral transmission. The League will send a further communication to Clubs/arenas once it has specific requirements in this regard.

With playoffs clinched, Leafs scratch a number of veterans for tonight's game against Canucks

Thornton out, Hyman out, and Muzzin has a broken bone.
Subscibe to
Our NEWSLETTER
Receive the best articles of the web directly in your email