NHL News : Betting odds for Jack Eichel's next team are already being released

Where will the disgruntled Buffalo Sabres captain play next season? 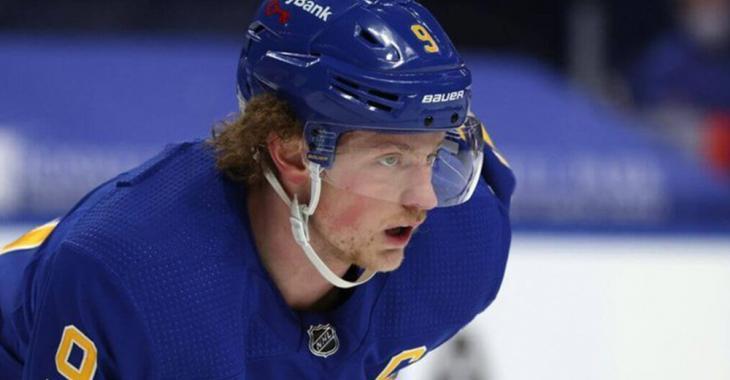 It's a messy situation in Western New York right now, to say the very least.

Buffalo Sabres captain Jack Eichel revealed some rather explosive allegations against the only NHL team that he's suited up for, saying that he believes there is a "disconnect" between him and the Sabres over how his season-ending neck injury has been handled.

However, it was the last line of his sentence that have led to rampant speculation within the hockey world that Eichel's days in Buffalo are numbered.

"I've been a bit upset about the ways things have been handled since I've been hurt," he said. "I'd be lying to say that things have moved smoothly since my injury. There's been a bit of a disconnect between myself and the organization. It's been tough at times. Right now, for me, the most important thing is just trying to get healthy, figure out a way to be available to play hockey next year, wherever that might be."

So where will the young star play next season? Well, to that end, there are already betting odds being made.

The online betting website Bet Online has already been publishing odds as to where Eichel will be suiting up for the 2021-22 NHL Season. The team currently at the top of the list with +250 odds would mean Eichel would pack his bags and take his talents across the state of New York to Manhattan and don the blue, red and white of the New York Rangers.

Of course, the historic Original 6 team is already going through quite the overhaul right now with their front office and coaching staff, and adding Eichel in a blockbuster deal would only be the latest major change in the Big Apple.

Perhaps Eichel could get a chance to work on his tan and hang out on the beach following practice. That's a fair bet, seeing as how the Los Angeles Kings are second on the list with +250 odds.

Take a look at the full list of teams that could be lucky enough to land Eichel's services behind the Rangers and Kings:

Eichel is under contract through the end of the 2025-26 season, and carries an annual cap hit of $10 million.

Jarry mysteriously leaves games vs Isles, despite pitching a shutout