He heard from several teams in the off-season and could soon agree to join a team. 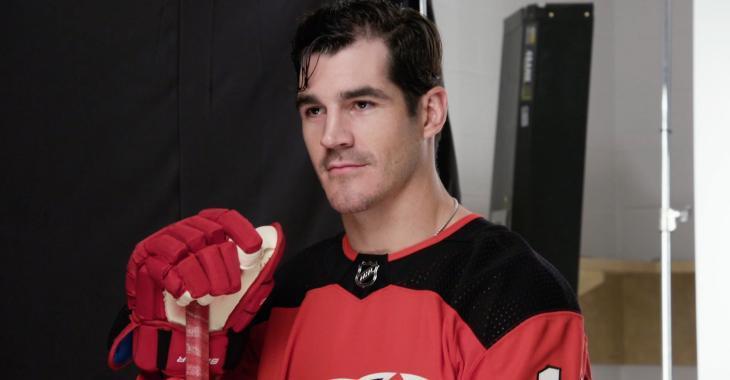 Teams across the National Hockey League are looking to add grit, toughness and leadership ahead of the trade deadline and the postseason, and we can imagine how many teams would look at the possibility of adding a guy like Brian Boyle.

That’s because, it is a real possibility. As Sportsnet’s Elliotte Friedman points out in his latest 31 Thoughts column, Boyle is ready to return to the NHL and could be what some teams are looking for as the playoffs fast approach. After speaking with Boyle, this is what Friedman wrote:

“Brian Boyle wakes up every morning, drives his son to the bus at 7:45, then heads for training and a skate with either the local junior team or some Ivy League players who, unfortunately, didn’t get to play this season.
“I get to be a dad, and the kids get a little continuity,” he said Monday night.
However, the big forward keeps himself in shape for a reason: he wants to continue his 805-game NHL career.
“I miss it,” he said. “I didn’t expect it to go this way. When I watch games, I think I can still play with how I feel and how my body feels.”
Boyle heard from several teams in the off-season.
“No one was saying no to the possibility. It would be one thing if everyone was saying no. It was more like … waiting. I understand, it’s the way of the world — everything is screwed up because of the cap and COVID. But I know I’m not done, and I’m ready for anything.”
At 36, he’s watched some of the players in his age range, and how they’ve adjusted to the schedule. One is Joe Pavelski  who is five months older.
“With less travel, less video, less scouting … you can see how Pavelski and Sidney Crosby will themselves to turn it on. You can thrive with veteran savvy.”
As I was writing this, I was thinking that it couldn’t hurt for Buffalo to bring him in.”

As you read from Friedman, Boyle did get some calls from teams across the league, however, we all know that with the salary cap remaining flat at $81.5 million for at least the next couple of seasons, most franchises have been forced to allocate their funds more wisely and more diligently than ever before.

But there is no doubt that Boyle would bring the most needed toughness to a contender. With 805 career NHL regular season games under his belt, with 231 points (130 G, 101 A) in those contests, Boyle knows how to perform when stakes are high. With 65 hits in 39 games in 2019-20 and 1,688 total career hits, Boyle can be the hit of the postseason, now pun intended. Okay, maybe a little.

Come on, the guy beat cancer! He will beat anything!