After multiple offences from Barzal this season, the NHL doles out some punishment. 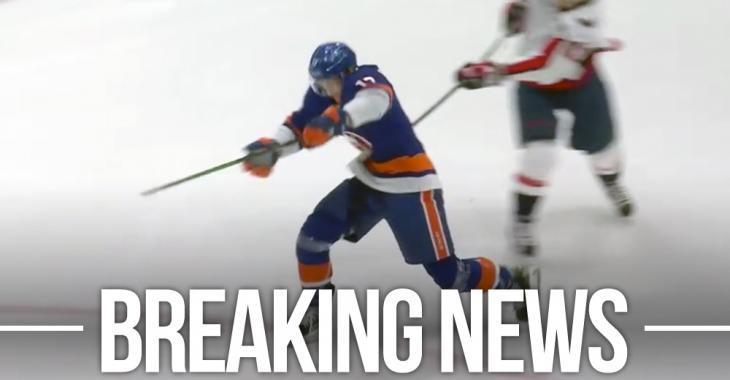 The NHL has fined New York Islanders forward Mathew Barzal $2,000 for a diving infraction in his team's game against the Washington Capitals on April 22nd.

The NHL clarified that Barzal had received a warning for a diving infraction earlier in the season and that his most recent offence earned him the fine. Further diving infractions will result in escalating fines for both he and Islanders head coach Barry Trotz.

Citations are issued by the National Hockey League Hockey Operations Department, which tracks all games, logs all penalties for diving or embellishment, and flags all plays not called on the ice that in its opinion were deserving of such a penalty. A Citation is issued once Hockey Operations, through its internal deliberations, is convinced that a player warrants sanction.

The diving infraction in question is from this hook from Caps forward Carl Hagelin.

Does Barzal go down easily? No doubt. Did Hagelin get a stick in on him? No doubt.

Honestly though I didn't watch this game so I don't know the circumstances surrounding the play and how the refs were calling the game. Suffice it to say though that if I were Barzal I wouldn't be too happy with this ruling.

Penguins provide troublesome update on Kapanen days ahead of season