NHL News : Barry Trotz fires back at Bruce Cassidy and his claim that the Islanders get special treatment 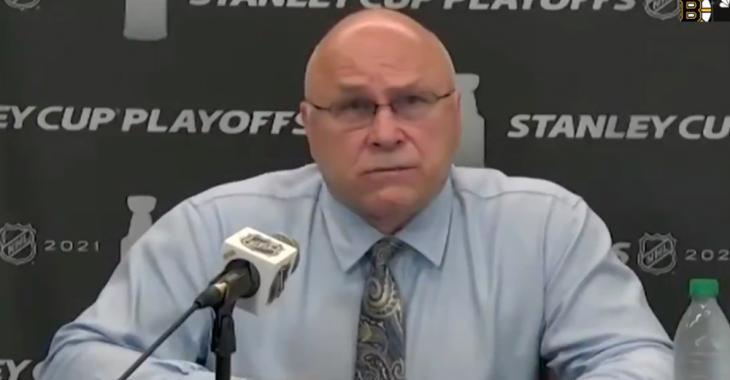 It wasn't exactly the memorable playoff performance that Boston Bruins were hoping for this evening in Game 5 against the New York Islanders and they're not alone in their disappointment. Bruins head coach Bruce Cassidy is also not happy with last night's result and he pointed his finger squarely at the NHL's officiating for his team's loss.

In his post-game comments Cassidy had many pointed comments for the league, for NHL officials and for Islanders head coach Barry Trotz. Most notably Cassidy claims that the Islanders get the benefit of the doubt from officials because of a perceived "narrative" put forth by their management team. Cassidy contends that the Islanders get away with things that other teams don't get away with, namely the Bruins themselves, because of their narrative of being a clean, hardworking team. But, these aren't the "New York Saints" as Cassidy calls them.

It's not exactly a secret that refereeing has been inconsistent this post-season, just as it seems to have been the past few seasons. I've got to agree with Cassidy when he says, "Get it done right and stop worrying about outside influences." In other words: Call the rulebook and stop worrying about what the fan and media reaction will be. I've been saying this for years. Call the rulebook and there's not a damn thing that anyone can complain about.

It might sound rich coming from Cassidy and the Bruins organization given that they have a bit of a reputation for getting away with murder, but again I agree with Cassidy. I'm not going to criticize the messenger because his message is right on point.

For what it's worth, Trotz himself had a somewhat dismissive response:

It'll be interesting to see if Cassidy earns himself an expensive fine from the NHL for criticizing tonight's officiating. Personally, I think he did a masterful job of getting his point across without crossing the line, but... I don't expect Gary Bettman and Bill Daly to see things the same way.

In any case, Game 6 should produce some fireworks and I'll be waiting patiently to see the fan reaction to the evening's first penalty call.

Fleury's agent Alan Walsh rips Coach DeBoer again, calls him “absolutely laugh out loud ridiculous”
Subscibe to
Our NEWSLETTER
Receive the best articles of the web directly in your email