Fans will take it, I guess! 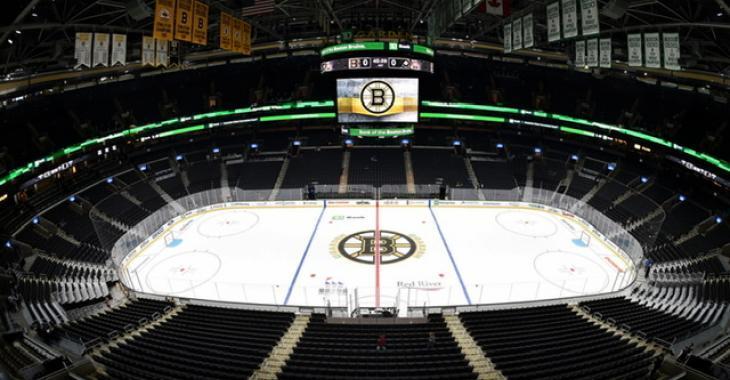 On Friday, it was announced that the Boston Bruins decided to postpone two upcoming games, Saturday’s contest against the Buffalo Sabres and Tuesday versus the New York Islanders. Saturday’s game in Buffalo was originally scheduled to be their first with fans in attendance. Tuesday’s game would have been the first with fans at TD Garden.

This happened because four additional Bruins Players entered the NHL’s COVID Protocols on Friday. It was revealed that these players were Jake DeBrusk, David Krejci, David Pastrnak and Craig Smith, who joined Sean Kuraly on the NHL’s Covid Protocol list.

On Tuesday, head coach Bruce Cassidy met with reporters and shared no good news. He revealed that no players came off today’s NHL Covid Protocol List.

However, he did mention that he believes that the Bruins will practice on Wednesday.

That’s the good part since the Bruins had closed all facilities over the weekend.

The postponement of the two games a day after both the Bruins and Sabres had cancelled their respective skates on Thursday. After testing and tracing, the game went ahead as scheduled and Bruins forward Sean Kuraly was placed on the NHL’s COVID-19 protocol list. Boston came out on top with the 4-1 victory.

The NHL has postponed several games since the start of the shortened season. The Sabres had a COVID-19 outbreak in early February, causing six games to be postponed. Two of those contests were against the Bruins.

More bad news for Elias Petterrsson.
Subscibe to
Our NEWSLETTER
Receive the best articles of the web directly in your email