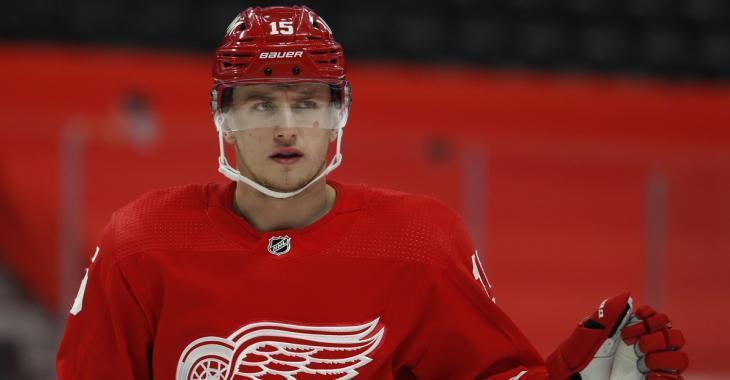 The Detroit Red Wings, like every other team in the National Hockey League, are now in the full swing of training camp. Unfortunately for the Red Wings it is going to be a little extra difficult to get a gauge on what they can expect this season given that the early days of training camp have featured some notable absences from their roster.

Perhaps no Red Wing has had a more difficult time of things however than forward Jakub Vrana, who has had to go through a veritable obstacle course both in training camp and in the days leading up to it. At first Vrana was unable to join his fellow Red Wings in camp due to the fact that visa issues had held him up in his native country of the Czech Republic, and unfortunately the situation would only get worse from there.

After finally being able to join his teammates in Camp on Friday, Vrana lasted about 10 minutes out on the ice before once again before forced off of the playing surface. This time around it appeared as though Vrana had suffered some kind of shoulder injury during practice, but it was only following the practice that we received confirmation of that fact from Red Wings head coach Jeff Blashill. Blashill did confirm that Vrana had "hurt" his shoulder however he provided no update regarding the potential severity of the injury, stating instead that the player would be evaluated at some point in the future.

On Sunday morning we got our first sign that the injury may very well be a cause for concern, after Vrana was notably absent from the Red Wings game day roster. Max Bultman of The Athletic reported that Vrana, fellow forward Dylan Larkin, and veteran defenseman Marc Staal had all been left off the roster, a sign that all 3 of those players will miss out on today's scrimmage.

Larkin's absence comes as no surprise following comments from general manager Steve Yzerman suggesting that he had not been fully cleared to play, however Vrana's absence after an already slow start to training camp is certainly an unpleasant one. The silver lining here of course is that we are still in the preseason, and hopefully Vrana's streak of bad luck has run its course.

Update: Vrana will see a specialist on Monday, we will have to wait for those results before we know more. The fact that he is seeing a specialist is probably not a great sign.

The Wild lose goaltender Alex Stalock on waivers.
Subscibe to
Our NEWSLETTER
Receive the best articles of the web directly in your email