Ouch... tough break for the Avs and for a guy who is garnering serious Vezina Trophy consideration. 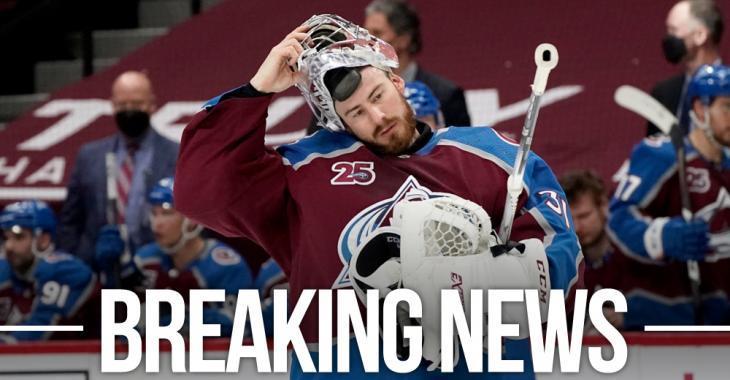 In case you missed the news yesterday, Colorado Avalanche goaltender Philipp Grubauer was added to the NHL's COVID-19 protocol list. Today, head coach Jared Bednar all but confirmed that Grubauer indeed has COVID-19 when he announced that the goaltender will not be able to join the team for at least 14 days.

This is obviously a big blow to both the team and to the player. The Avs are having a tremendous season and the 29 year old Grubauer is a bit part of that. The German netminder has sparkling 2.00 GAA and .920 save percentage with 25 wins in 34 starts this season. He was gaining some serious Vezina Trophy attention for his work between the pipes this season. Still, I expect Tampa Bay Lightning goaltender Andrei Vasilevsky and Vegas Golden Knights veteran Marc Andre Fleury to go head to head for that award this offseason, but Grubauer is certainly a worthy third candidate.

In any case, Avs GM Joe Sakic made the wise decision to add to his goaltending depth at the trade deadline earlier this week by picking up veteran Devan Dubnyk from the San Jose Sharks. Together with Jonas Johansson, acquired earlier in the season from the Buffalo Sabres, Dubnyk will be tasked with holding down the fort until Grubauer is cleared to play.

Dallas Stars announce they will host 5,000 fans to start the season!
Subscibe to
Our NEWSLETTER
Receive the best articles of the web directly in your email