Yikes! How we feeling, Avs fans? 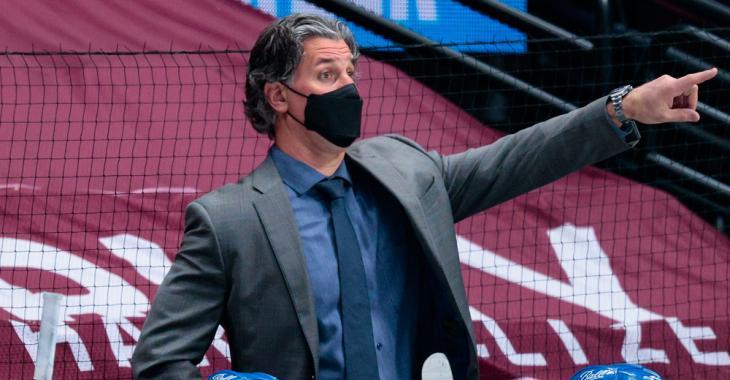 According to a report from Colorado Avalanche insider Mike Chambers of The Denver Post, Avs head coach Jared Bednar is not a T-Mobile Arena in Las Vegas for his team's game day skate ahead of their elimination game against the Vegas Golden Knights this evening due to an "Irregularity in his COVID test results."

Suffice it to say that it would be an absolute disaster if Bednar were to miss tonight's game due to a faulty test result. I'll assume for the moment that that's the case and that Bednar hasn't actually tested positive for COVID-19 because if that's the case then he'll obviously have bigger fish to fry, so to speak.

Assuming Bednar is actually healthy, I believe he'll need to supply the NHL with two negative test results prior to Game 6 tonight in order to get behind the bench. More than that though, Bednar can have no contact with the team until he can provide those two negative test results. If he can't do this, that means that not only will he not be on the bench, but he won't be involved in any of the gameday planning for the season's most important game. Win and force a Game 7 or lose and go home... all without your head coach. That's a tough spot the Avs are in, here's hoping that this is just an irregularity as we've been led to believe and that this all amounts to nothing in the end.

If this is indeed the Avs' final game of the season and they lose without their head coach on the bench... man oh man what a way to go out. That's a real cruel irony behind it given that the NHL hasn't had a positive COVID-19 test result in what feels like ages. And then on the day of a do or die Game 6 for the Avs they lose perhaps their most important individual. Ouch. Again, here's hoping that this is all much ado about nothing and that Bednar is healthy enough to get behind the bench and do his job this evening.