The Avs risked losing the talented blueliner in the upcoming expansion draft. 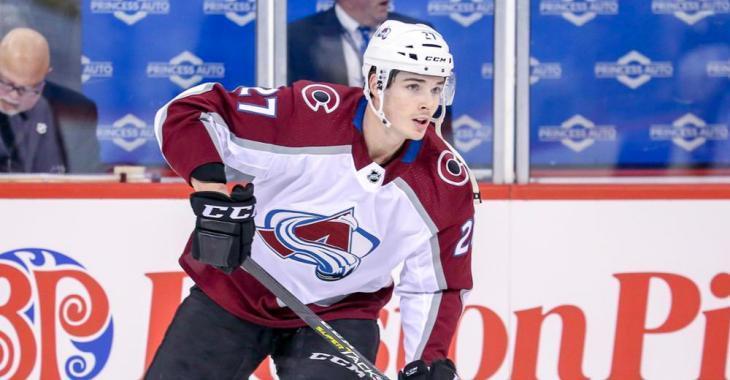 This just in, the New Jersey Devils have acquired defenseman Ryan Graves from the Colorado Avalanche in exchange for forward Mikhail Maltsev and a 2nd round pick.

The 26 year old Graves was likely to be exposed by the Avs in the upcoming 2021 NHL Expansion Draft. The team is expected to protect defensemen Cale Makar, Samuel Girard and Devon Toews. Veteran Erik Johnson has waived his no-movement clause for the draft, which left Graves as the most likely target for the Seattle Kraken. Rather than lose Graves for nothing though, Avs GM Joe Sakic did a tidy bit of work in getting the 23 year old Maltsev and a 2nd round pick in exchange.

Graves put up two goals and 15 points in 54 games with the Avs this past season and is known for his steady defensive-first style of play. He's unlikely to ever lead a powerplay or put up big points, but at 6'5", 220 pounds he's a big boy who's not afraid to throw his weight around. He's an old school, no nonsense style defenseman who is adept blocking shots, laying the body and playing a tough game.

As for Maltsev, the 23 year old Russian put up six goals and nine points in 33 games during his rookie season in 2020-21. He's signed for next season so it's clear that the Avs have a plan for him and he's not just some free agent toss in. He was drafted by the Devils in the fourth round (102nd overall) of the 2016 NHL Entry Draft.

As for the Avs' expansion outlook now, it seems most likely that the Kraken will look closely at forwards Joonas Donskoi, J.T. Compher, Tyson Jost or Valeri Nichushkin. It'll also be interesting to see what happens with captain and pending free agent Gabriel Landeskog. If he hits the open market, which seemed like a crazy idea just weeks ago, expect him to generate huge interest from almost every team in the NHL. While he may not put up the offensive numbers that Nathan MacKinnon and MIkko Rantanen do, he's just as valuable to this team as anyone.