Matthews gives an update on himself. 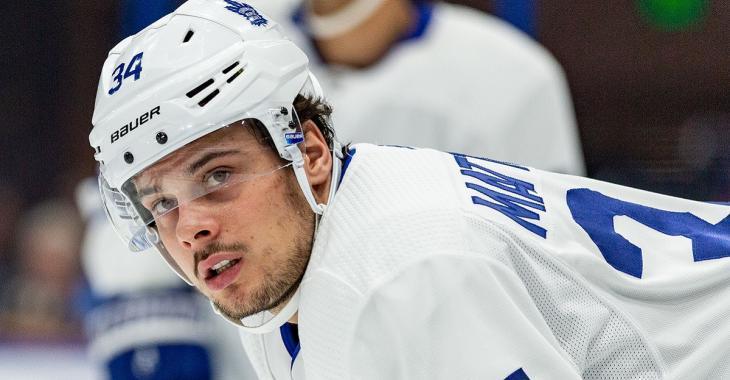 There has not yet been an official announcement on the part of the Toronto Maple Leafs, but there have been some signs today that strongly suggest Matthews is set to enter the lineup sooner rather than later.

The first clue came when Matthews was featured on the team's top powerplay unit during practice on Sunday, although admittedly this came before head coach Sheldon Keefe had showed off his line combinations for the day.

When Keefe did finally roll out his four lines on Sunday, Matthews was featured prominently on the team's top line alongside both Mitch Marner and a newer member of the Toronto Maple Leafs in the form of Nick Ritchie. Of course things are still subject to change, this was after all just a practice, but it would appear to be a strong indication of plans for Matthews to begin the season sooner rather than later.

Update: We now have word from the man himself, and once again it is yet another indication that Matthews does indeed intend to play. Matthews himself has now said that he is planning to make his regular season debut on Monday, when the Leafs will take on the New York Rangers. Again I must stress that this is still not official and as a result things could change between now and when the puck drops on Monday, but it certainly seems as though Matthews has finally recovered from his delayed offseason wrist surgery.

Veteran Dan Hamhuis formally announces his retirement from the NHL

Rumour: Imminent divorce between Landeskog and Avalanche
Subscibe to
Our NEWSLETTER
Receive the best articles of the web directly in your email