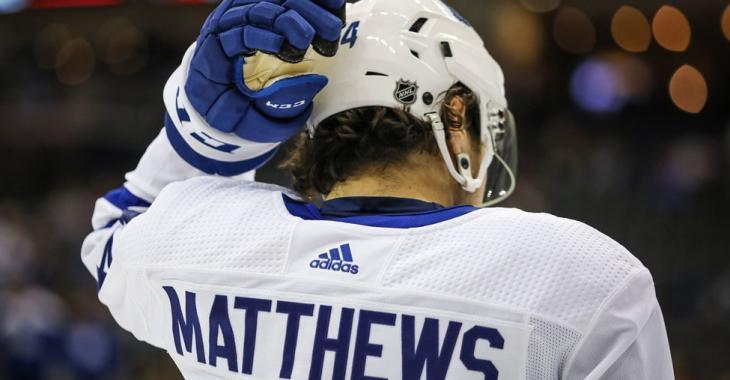 When the National Hockey League announced that it will be using game pucks without the imbedded tracking technology after players complained about inconsistencies early this season, and this just 3-4 games into the campaign, Toronto Maple Leafs’ Auston Matthews was thrilled. He explained how he didn’t like using those pucks and how it might have prevented some of his teammates from scoring.

Then, he started a goal streak : one goal in each of his past five games with the Maple Leafs sitting atop of the all-Canadian division. But it sounds like it’s not enough.

On Monday, Matthews told the Toronto Sun that he wants more and complained about some things he and his line mates need to fix to be even better in the coming games.

“I’d like to see our line … I feel like we have little dips and then we have moments where we’re really on it, creating a lot of offensive zone time,” the Maple Leafs’ No. 1 centre said. “We want to stay consistent throughout the 60 minutes and apply pressure nonstop on the other team and collectively play in the offensive zone as much as possible.”

Matthews lost his line mate Joe Thornton to a rib fracture and Zach Hyman has joined Matthews and Mitch Marner for the past several games after Jimmy Vesey got a shot on the line.

We will see how Matthews’ attitude and hope to get more offence going will affect his team on Thursday, as the Maple Leafs are currently on a four-day break between games.

“It has been a bit of a shotgun start to the season, so it’ll be nice to re-energize, regroup as a team,” Matthews said.

The Leafs face the struggling Vancouver Canucks on Thursday night.

MacKenzie responds after being stripped of his “C” on Monday.

Slater Koekkoek reveals a major injury.
Subscibe to
Our NEWSLETTER
Receive the best articles of the web directly in your email