NHL News : Auston Matthews gets roasted on social media after agent stands up for him

Watch out Sidney Crosby, it sounds like we have another cry baby in town! 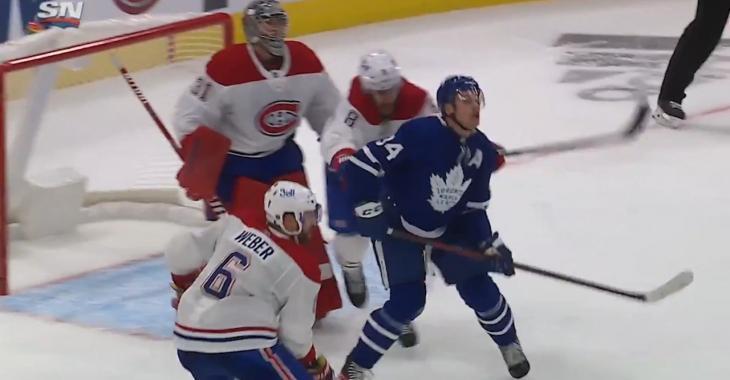 The first game of the season between the Montreal Canadiens and Toronto Maple Leafs was an exciting, filled with everything we love about hockey. However, it sounds like no everyone enjoyed the stiff cross-check as Jeff Jackson, NHL player agent for superstars like Connor McDavid and Auston Matthews, complained that “the abuse that star players take is hard to watch.”

That’s because his client Matthews was on the ice in the final moments of the game and was hit several times by defenders Shea Weber and Ben Chiarot. No penalty was called and Matthews was forced to play with what coach Sheldon Keefe called “a stinger.” His agent did not appreciate the abuse treatment to his client.

“Great to see NHL hockey back last night. Such amazing athletes & so much speed & skill in the game now,” tweeted Jackson.

“But watching the abuse that star players take is hard to watch. Felt like the 80’s with the cross checks in the back & the hacking & slashing. NFL protects QB’s? Why don’t we?”

It did not take long for fans to roast Matthews, labelled the new cry baby of the NHL, though he reportedly did not complain about the abuse. However, the fact that his agent did prompted fans to roast him, seeing that forward Brendan Gallagher has endured this kind of treatment for years without anyone complaining! Here are some of the best replies from fans:

I agree with these fans, whether you root for the Leafs or Habs - or any team out there!

With playoffs clinched, Leafs scratch a number of veterans for tonight's game against Canucks
Subscibe to
Our NEWSLETTER
Receive the best articles of the web directly in your email