NHL News : Auston Matthews could miss time due to surgery.

Matthews could have a slow start to the season. 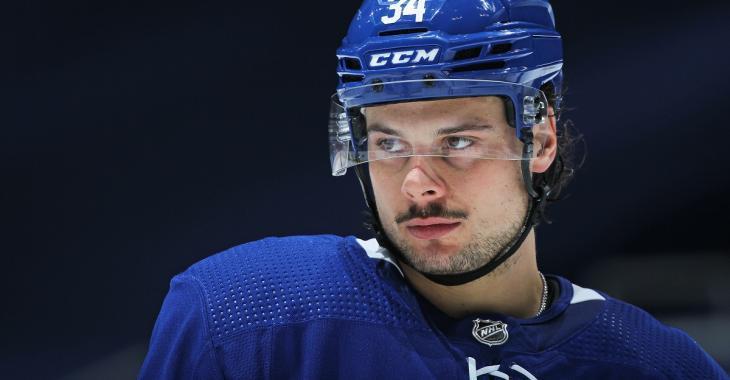 The Toronto Maple Leafs fan base was caught unawares this week when the Leafs announced that the organization's top forward, superstar centerman Auston Matthews, would be going under the knife in order to have corrective surgery on his wrist.

The news has led to frustration from the fan base largely due to the fact that the timing of the announcement suggests that Matthews could miss time in preparation for the upcoming 2020 - 2021 regular season. The recovery time for the procedure Matthews has undergone is usually a minimum of 6 weeks, and that timeline runs right into the start of training camp which is expected some time around the 22nd of September. Of course Matthews could in theory need even longer to recover, all of which means he could be looking at significant setbacks when it comes to his pre-season preparation.

While I can certainly understand the frustration fans are feeling, I suspect that both the Leafs and Matthews knew full well what they were getting into when they planned to deal with this injury in the offseason. The Leafs have been out of contention for some weeks now and if I had to speculate I would suggest that Matthews has likely been hoping that rest and perhaps even physiotherapy would help his injured wrist recover in the offseason, I believe that his wrist failed to respond to those less invasive forms of treatment, and both the Leafs and Matthews have now decided that surgery is the best option. I suspect that the timing, one that would allow him to recover nearly in time for training camp should everything go according to plan, is also no coincidence. No doubt the Leafs and Matthews had given him a set amount of time to try and recover through non surgical methods, time that likely came and went with insufficient improvement to the injury.

It will be interesting to see if this has any impact on Matthews' scoring touch come next season, although concerns in that regard may be overblown. We know that Matthews was dealing with the injury last season and played through it, scoring 42 goals in 51 games in spite of it.

Rumblings of a blockbuster Eichel trade to Canada!

Kids punch each other in the face at Russian hockey school!
Subscibe to
Our NEWSLETTER
Receive the best articles of the web directly in your email