When your best bud steals your spot… 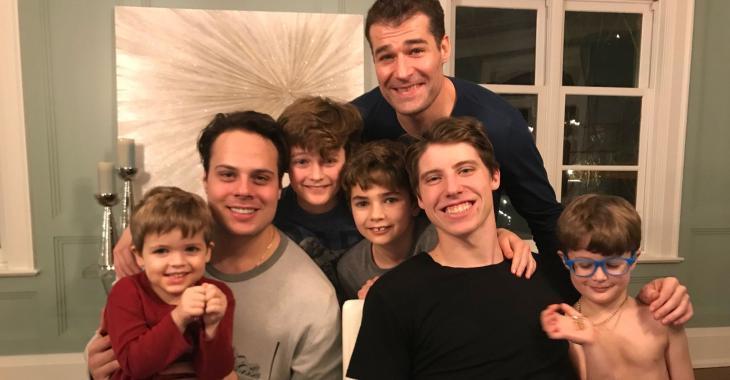 It’s the most wonderful time of the year (especially now that we know hockey is back) and of course, Toronto Maple Leafs star forward Auston Matthews kept his tradition alive of posting a picture of he and some of his teammates enjoying some holiday cheer.

In the previous years, we had the chance to see young guns Matthews and Mitch Marner spending Christmas with Patrick Marleau, who acted as the team’s dad, sharing time with his own kids and the young forwards.

However, Marleau’s contract was moved to the Carolina Hurricanes, who bought him out. He finally signed a deal with his former San Jose Sharks, before he was traded at the deadline to the Pittsburgh Penguins. As for 2020-21, he will return to the Sharks, where he might possibly retire after the season.

His departure from Toronto left the Maple Leafs without a dad figure for Matthews and company, but finally Joe Thornton was signed as a free agent months ago.

This prompted Matthews to replace Marleau with Thornton for the Christmas picture, which we can only imagine is heartbreaking for Marleau to see one of his best bud stealing his spot.

You have to admit Thornton stands out like a sore thumb in the picture, which has us wondering if he will look the same in uniform for Toronto and on the stats sheet. Maybe that's why Marner didn't have the heart to take part in this photo.

Can’t wait to see how the Maple Leafs look on the ice this upcoming season while this Christmas picture does not reassure us!