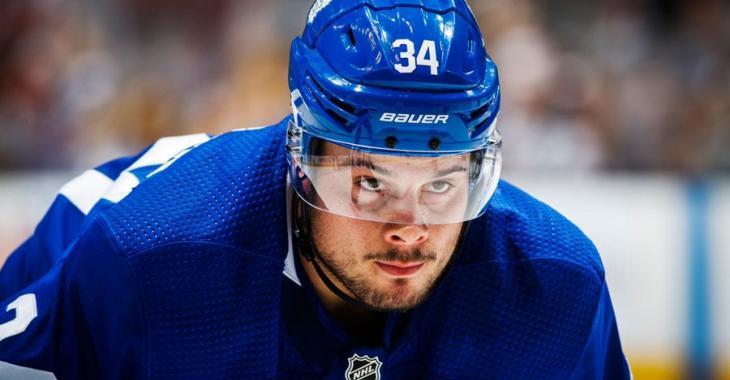 On Tuesday, the National Hockey League announced that it will be using game pucks without the imbedded tracking technology after players complained about inconsistencies early this season, and this just 3-4 games into the campaign.

“The decision was made after concerns were raised about the puck’s performance during the first few days of the 2020-21 season. A review by the League determined that the first supply of 2020-21 pucks did not receive the same precise finishing treatments during the off-season manufacturing process as were used during the 2020 Stanley Cup Playoffs,” read the statement from the NHL.

Toronto Maple Leafs star forward Auston Matthews spoke about the technology on Wednesday, ahead of tonight’s showdown against the Edmonton Oilers, and mentioned how he didn’t like using those pucks and how it might have prevented some of his teammates from scoring. According to Sportsnet’s Chris Johnston, he noted that the pucks with the chip technology didn’t seem to slide as well as the regular ones. He and Jason Spezza compared them and found the weight to be off, too.

“Spezz was the first one to bring it up. I told him that’s why I couldn’t capitalize on some of the chances I’ve had. There was a little bit of a difference in the weight.”

He added after his analysis that: “No more excuses now. Gotta bury it.”

Matthews has recorded just one goal, along with three assists, in the first four games of the 2021 calendar. I guess we will see how the new pucks will affect the Leafs’ performance and if they will indeed bury it more from now on.

NHL identify 18 players that are exempt from the expansion draft

Henrik Lundqvist will receive the ultimate honor from the Rangers.
Subscibe to
Our NEWSLETTER
Receive the best articles of the web directly in your email