DeAngelo's time in the NHL is not over. 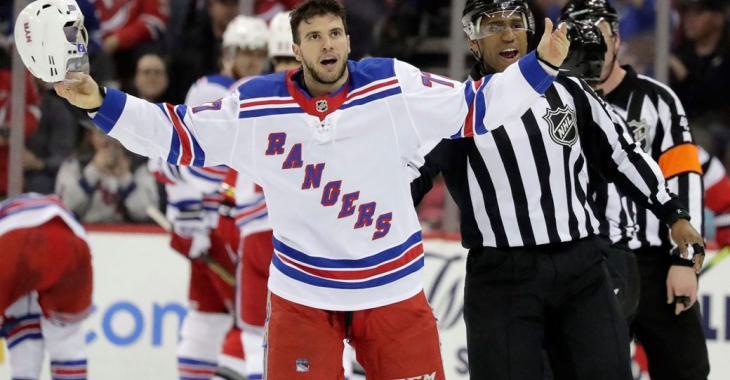 There were some minor rumblings ahead of the trade deadline that suggested controversial New York Rangers defenseman Tony DeAngelo could be on the move, but as we all know nothing materialized in the end. In spite of that however it would appear as though DeAngelo's time in the National Hockey League may not yet have come to an end.

On Monday NHL insider Darren Dreger provided a few updates on DeAngelo who at this point has largely fallen off the radar. First Dreger revealed that the Rangers had offered to mutually terminate his contract in order to allow him to pass through waivers and become an unrestricted free agent, however unsurprisingly DeAngelo declined the offer. When you consider that he is owed the remainder of his $4.8 million salary this season as well as an additional $4.8 million next season, I can hardly blame him for rejecting the offer from the Rangers.

There's no question that his reputation has taken a massive hit since his time with the Rangers and given what we know of his character I would be shocked to see him doing the organization any favors on his way out. Additionally given his tarnished reputation there is no guarantee he will ever be offered that kind of money again in the National Hockey League, yet another reason to wholeheartedly reject the offer to terminate the contract.

That being said it sounds like the move could very well have allowed him to play this season, with Dreger revealing that at least one team had significant interest in bringing DeAngelo onto their squad.

"Montreal believed to very interested as early as this weekend," wrote Dreger on Monday.

It certainly would have been entertaining to see how DeAngelo's personality and his antics would have gone over with arguably the most diehard hockey fans in the world, fans of the Montreal Canadiens. Perhaps even more interesting would have been watching how DeAngelo would have handled the notoriously rabid Montreal media, both in French and in English.

It could very well still happen come the summer. According to Dreger, Deangelo will now be bought out of his contract this summer, which means he will become a free agent anyways and will still earn a significant portion of the money he is owed in the process.

Changes to 3 of the 4 divisions for 2021 NHL season!
Subscibe to
Our NEWSLETTER
Receive the best articles of the web directly in your email