NHL News : Asterisk next to the name of the 2020-21 season’s champions on Stanley Cup?!

Could this be required for the next champions? 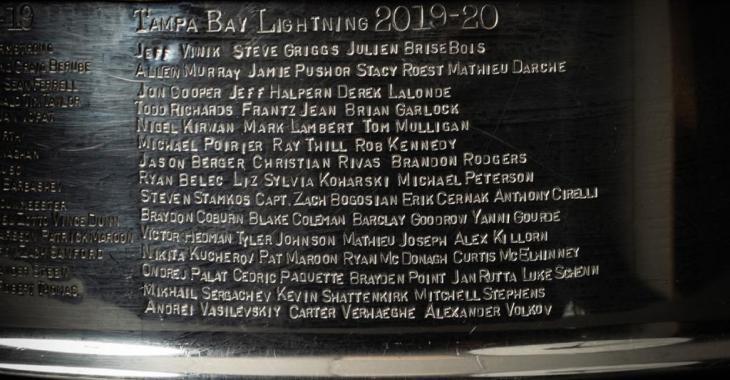 Earlier this week, Pierre LeBrun of TSN and The Athletic reminded us that while the National Hockey League is inching closer to puck drop for the 2020-21 season, targeting Jan. 13th as a start date, there is still a lot to be done. LeBrun reported on Monday that the NHL and its Players’ Association went non-stop all weekend and continued Monday going back and forth on season protocols, transition rules, critical dates.

“The hope is to have it wrapped up over the next few days to set up a vote on each side by end of week. But as we saw in June, these things can drag…”

When sharing the news, fans started envision what the season could look like, with some fans focused on which team will come out on top. As one fanatic pointed out that the Edmonton Oilers will finally be crowned Stanley Cup champions after a 31-year hiatus, another claimed that he would not want to see the Oilers, who according to him deserve a championship, because of asterisk talk of 56 games, all Canadian division, etc…

That got us thinking: will there be the need to add an asterisk next to the name of the 2020-21 season’s champions on Stanley Cup?! Will it be required?

Some fans and pundits already wondered if there should be one next to the name of the Tampa Bay Lightning, who hoisted the trophy in September following their triumph in the Return to Play plan. It was referred to by some as the asterisk Cup, as though it would hold less significance. However, the Lightning proved how tough this past postseason was, with the bubbles, numbers of games in fewer days and the  pandemic going on. The 2019-20 regular calendar was also pretty close to normal. NHL commissioner Gary Bettman stated after the Cup final that becoming champions under these conditions “might just be the most remarkable achievement in the history of our league.”

But what about the 2020-21 shortened season with its projected 56 games? Will the asterisk talks get back on the table? Do you hope to see one even if your favourite team wins?

Stars lose Bishop and Radulov for the season

A tearful David Backes gets a standing ovation during his final game in St. Louis
Subscibe to
Our NEWSLETTER
Receive the best articles of the web directly in your email