NHL News : Artemi Panarin does not want to be captain of the Rangers.

Candid comments from the Russian star. 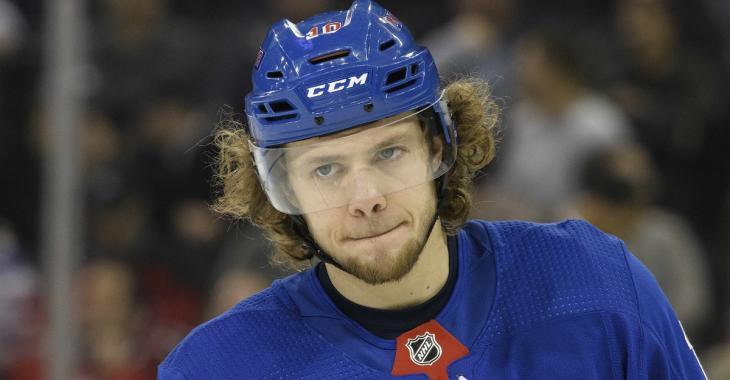 The New York Rangers have been operating without an official captain in their lineup since the departure of veteran defenseman Ryan McDonough all the way back in 2018, a very long time by what you would consider the normal standard of an NHL franchise. It is perhaps for this reason that, earlier this year, newly appointed general manager Chris Drury indicated that it was a priority for him to find a suitable captain to lead the franchise both on the ice and in the locker room.

Understandably some of the biggest names on the roster have subsequently been asked about the possibility of wearing the "C" for one of the biggest franchises in the NHL, but no doubt the most surprising answer on the topic came courtesy of star forward Artemi Panarin. Given his status as a star in the NHL and his ability to produce results on the ice Panarin would seem like a natural candidate for the role, all except for the fact that the man himself does not agree with that assessment.

During a recent interview published on Instagram, the Russian superstar made it clear that he didn't want the captaincy. In fact he would even go on to suggest that he feels other members of the Rangers roster are better suited to the role.

"I think we have more deserving candidates for that role now," said Panarin during the 42 minute interview. "Would I want it? I'd rather say no, actually."

Interestingly enough Panarin indicated that he feels his relative discomfort with the English language would make him a poor choice, saying instead that he would let his play on the ice do the talking. Panarin also added that he feels he already has the respect of his teammates, and believes that they would willingly listen to him even without a letter on his jersey.

"I think I'm more effective in hockey," admitted Panarin. "I'm afraid that I won't be an effective captain. I even don't speak English. How can I motivate? I can only influence with my own game. And they will listen to me without any letters."

It seems clear to me that Panarin does not want to shoulder the additional responsibility and would prefer to focus on his own individual game while out on the ice. While that may not please every fan who would like to see the superstar take on a bigger role on the team, it is hard to argue with the result he has produced since joining the Rangers' franchise.