NHL News : Arizona Coyotes honor the past ahead of final season at Gila River Arena 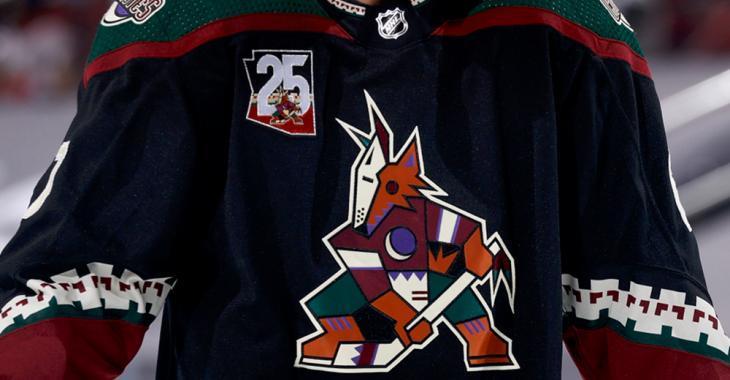 In case you've not heard, the Arizona Coyotes are set to depart Gila River Arena following the upcoming 2021-22 NHL season.

The City of Glendale, home of Gila River Arena where the Coyotes have played since December of 2003, has officially ended negotiating with the team after years of trying to find an arena deal that fits the plans of both parties. This means that the upcoming 2021-22 NHL season is likely the final year they'll be playing in the venue.

"We are thankful to the NHL and the Arizona Coyotes for being part of the Glendale community for the past 18 years,” said Glendale City Manager Kevin Phelps in a statement. “The decision to not renew the operating agreement with the Coyotes was not made overnight or in a vacuum. We carefully weighed input from key stakeholders, our expert economist, our arena management firm and our City Council."

The nearby city of Tempe, a 30-minute drive from the current home of the Coyotes, put out a request for proposals to gauge potential interest in building a sports and entertainment district, and the team was said to be interested. However, construction on a new venue in time for the 2022-23 NHL season would almost certainly not be completed in time, even if it were to start immediately.

But until then, it looks like the Coyotes are giving a big nod to their past kachina-inspired logo with their center ice design for this year:

The Coyotes brought back their original kachina uniforms for select games the past two seasons, and it looks like we'll be seeing even more of it this year.

Do you believe that they have a future in the state of Arizona?

Dominique Ducharme confirms the worst for Phillip Danault.
Subscibe to
Our NEWSLETTER
Receive the best articles of the web directly in your email