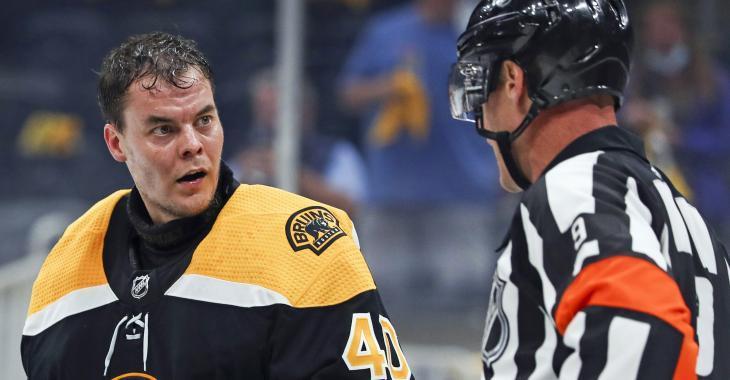 It wasn’t easy for goalie Tuukka Rask to get Boston Bruins fans to understand why he left the Toronto bubble last postseason to get back to his family and leave his team without him in between the pipes. He was blamed for most of the offseason until he managed to impress the fanbase again during the regular calendar. And if you thought fans were over this by now, then get ready for another chapter of the Rask saga.

Rask has been good for the first-round series and managed to get his team on top for Game 1 of the second round against the New York Islanders. But since, it has been harder for the star goalie and fans are heavily criticizing his play. Last night, Rask was in net for two periods and allowed four goals on 16 shots. When the Bruins jumped back on the ice for the third period, it was Jeremy Swayman who was in the cage. The Bruins lost 5-4 and are now one loss away from being eliminated from the Cup tourney after dropping Game 5 to the Islanders in Boston. When asked about Rask after the game, this is what head coach Bruce Cassidy had to say:

“Yeah, there was some maintenance that needed to be done,” the Boston coach said, per The Athletic. “He wasn’t 100 percent, so I made a decision. That’s a call we had to make between periods. I’ll just say he wasn’t himself … certainly could have went back in. We made a decision not to put him back in.”

The Rask saga started right after when Cassidy was asked if his star goalie will be ready for Game 6.

“I assume he will,” Cassidy said.

Uh oh… This is how Bruins insider Steve Buckley puts it:

“With those four words — “I assume he will” — Cassidy has unwittingly done his part to help create this latest Rask Referendum. He’s not saying Rask will start. He’s saying he assumes he’ll start. Remember, this a man who chooses his words carefully. And he knows when and how to be brutally honest, such as when he criticized his remade-on-the-fly penalty-killing unit for not doing a better job of clearing the puck.

You just know fans will be closely watching Rask and every move he makes (or doesn’t) in the coming days. And that means another Rask saga is once again taking place in the postseason.